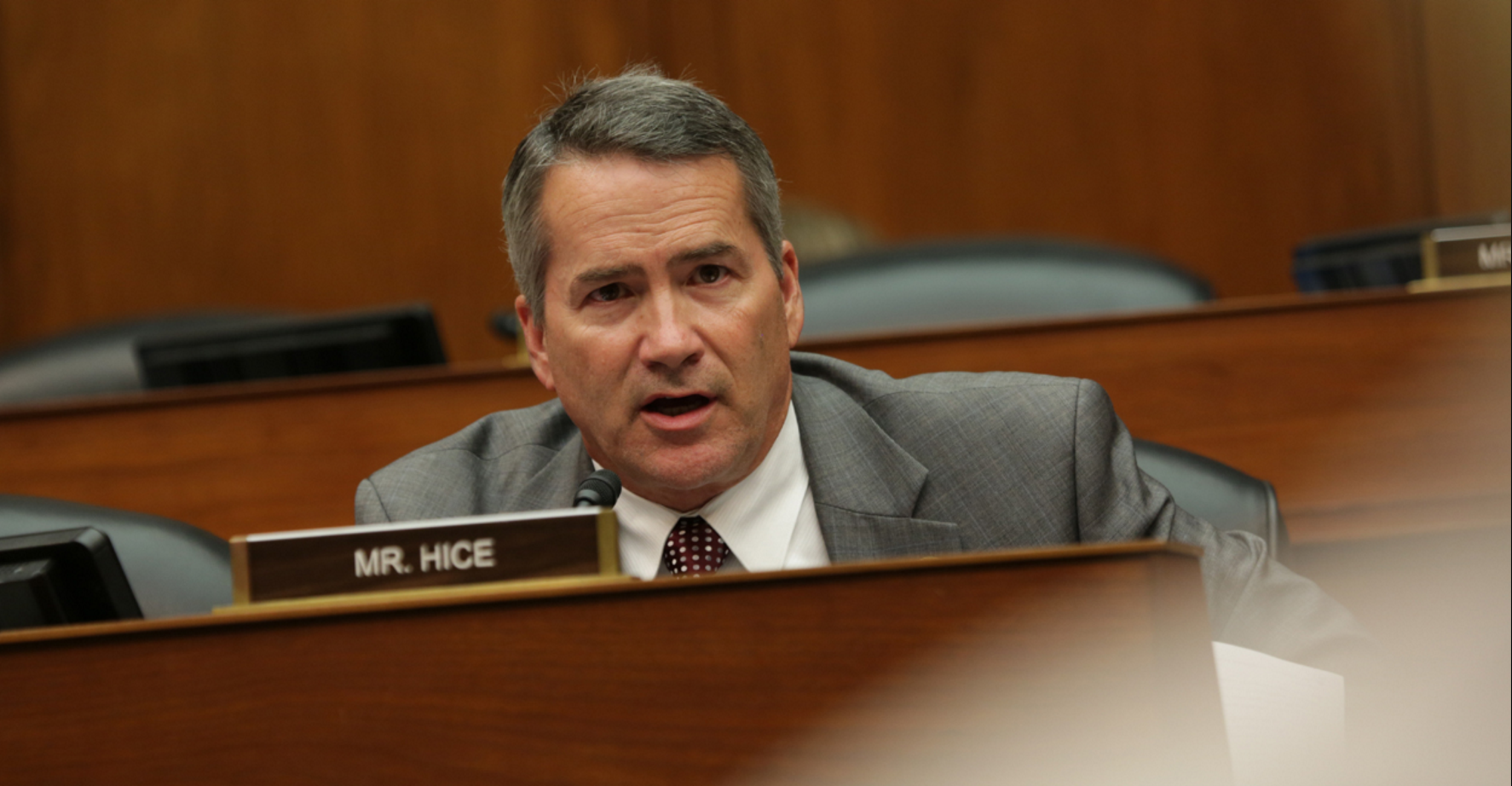 Prior to joining Congress, Rep. Hice was the host of the syndicated radio show, Let Freedom Ring, talking about constitutional liberty and the moral issues of our time. Rep. Hice is also a Southern Baptist pastor, having received his Doctor of Ministry degree from Luther Rice Seminary in Atlanta. He won first won election in 2014, with almost two-thirds of the vote in his district.

During his time in Congress, Rep. Hice has been a fierce fighter of the Washington establishment. He co-sponsored the Federal Reserve Transparency Act, a bill that would require a full audit of the Federal Reserve by the Government Accountability Office. He also sponsored the Official Time Reporting Act, a bill which would prevent government employees from counting time spent on political activity as official time to count towards pay and pension status. He understands that business as usual in “the swamp” will not fix the fiscal situation of the United States, and is willing to support bold measures in order to do so.

Unfortunately, congressional leadership is not willing to take these bold stances, but will instead try to punish members like Rep. Hice for speaking out. After Rep. Hice voted to change the status quo and bring in fresh conservative leadership by voting for Rep. Jim Jordan (R-Ohio) for Speaker over Minority Leader Kevin McCarthy (R-Calif.), he was stripped of his spot on the powerful House Armed Services Committee. McCarthy had the gall to claim that it was purely coincidental.

Rep. Hice has surely not been deterred and will continue to advance a principled vision of limited government as the new Communications Chairman of the House Freedom Caucus. Hice has been a member of the Freedom Caucus since he began his term in office as a freshman member of Congress.

The Presidential Allowance Modernization Act, FreedomWorks’ Bill of the Month for February 2018, was introduced by Rep. Hice as its primary sponsor. This bill, like most bills sponsored by Rep. Hice, cuts down on needless government waste. In particular, it would cut back on the millions we spend on former presidents and supporting their lavish lifestyle post-presidency.

Rep. Hice has been a consistent advocate for a small government, pro-liberty agenda. He has a lifetime score of 97 percent on the FreedomWorks congressional scorecard and has received a FreedomFighter Award each year he’s been in Congress. This award is given by FreedomWorks to members who consistently vote to uphold free markets and individual liberty.

We look forward to seeing what Rep. Hice has planned for the 116th Congress, and how he will continue to drive the national political conversation in a pro-freedom direction. This is why we are proud to name him as our Member of the Month.