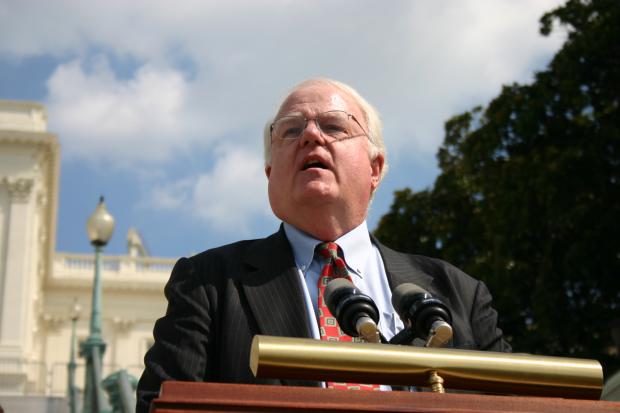 Rep. Sensenbrenner first took office in 1979, making him the second longest serving member of the House of Representatives. Prior to his election to Congress, Sensenbrenner served six years in the Wisconsin State Assembly and another four in the Wisconsin State Senate. He graduated from Stanford University in 1965 and received his J.D. from the University of Wisconsin Law School in 1968.

In his congressional career, which has now spanned over four decades, Rep. Sensenbrenner has become no less dedicated to liberty over time. Since FreedomWorks began its congressional scorecard, which measures members of Congress who consistently vote to uphold individual liberty and free markets, Rep. Sensenbrenner has a lifetime score of 91 percent.

Rep. Sensenbrenner has been a stalwart defender of property rights. He introduced the DUE PROCESS Act, which would reform federal forfeiture laws to protect innocent Americans from having their property seized as part of a criminal investigation. He is also the primary sponsor of the Private Property Rights Protection Act, a bill to curb eminent domain abuse in the U.S. Where many politicians abuse their power to fill their pockets, Rep. Sensenbrenner has spent his career defending the rights of his constituents, and Americans across the country.

These efforts couple nicely with Rep. Sensenbrenner’s advocacy for criminal justice reform. He was one of the main sponsors of the SAFE Justice Act and was a proponent of the recently-enacted First Step Act. He also stands up for civil liberties and gave a rousing floor speech calling for reform of the Foreign Intelligence Surveillance Act (FISA) in late 2017.

This Congress, Rep. Sensenbrenner became the lead Republican co-sponsor of the CREATES Act, a bill to increase competition in the prescription drug market. The CREATES Act would cut down on patent abuse by pharmaceutical companies and allow more generic competitors to go to market. This would also drive down prices for patients and caregivers across the country. The Congressional Budget Office (CBO) also estimates it would save American taxpayers roughly $3.9 billion.

Restoring the proper balance between federal and state power is another issue Rep. Sensenbrenner has faced head-on during his career. He is the primary sponsor of the No Regulation Without Representation Act. This bill ensures that state governments cannot issue regulations that harm other states. There are a few things the framers did delegate to Congress, and the regulation of interstate commerce is one of them. Rep. Sensenbrenner’s time in Congress has also been characterized by an avid defense of the 10th Amendment.

During his four decades of service, Rep. Sensenbrenner has been a model for both principle and consistency. We look forward to more of the same during the 116th Congress. We are proud to name him as our Member of the Month for May 2019.