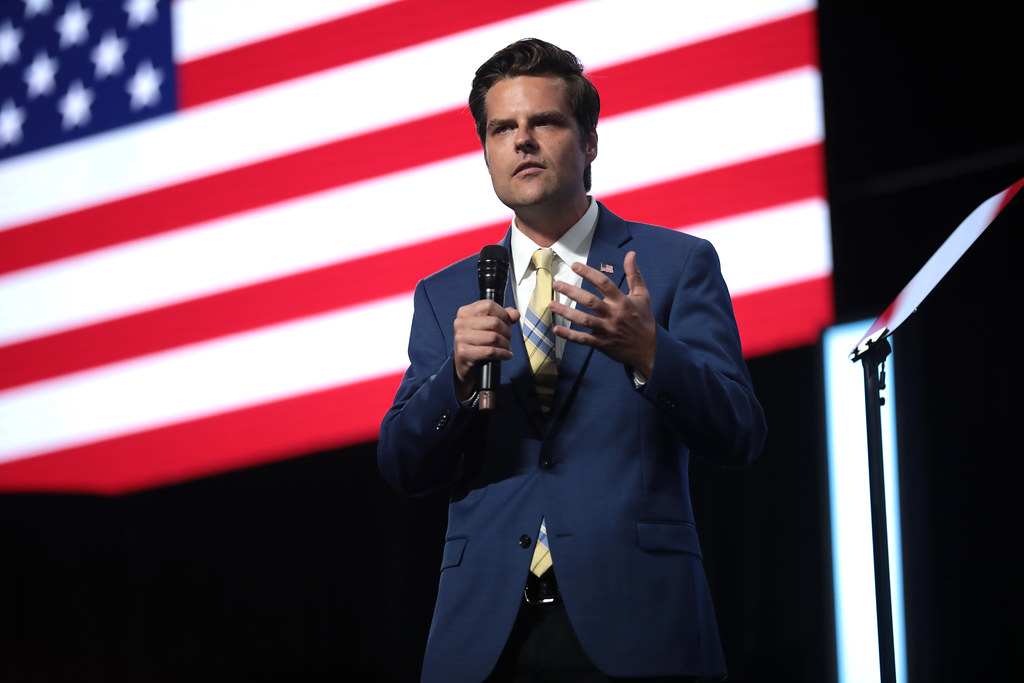 Born in Hollywood, Florida, Matt Gaetz is a lifelong Floridian. Having received his bachelor's degree at Florida State University, Rep. Gaetz only briefly left the state to acquire his Juris Doctorate from the College of William & Mary’s Wythe School of Law in Virginia before returning to practice law in Northwest Florida.

While his father was serving a distinguished career in the Florida State Senate, Rep. Gaetz first ran for public office in the special election for the Florida House of Representatives 4th District in 2010. He won that election and was reelected to the House in three subsequent elections. There, he was chairman of the Finance and Tax Committee that oversaw the balancing of the state’s budget.

As his father, State Senator Don Gaetz, was scheduled to be term limited out of his senate seat in the 1st District, Matt contemplated a run for the state senate, but instead chose to set his sights on Washington. Gaetz ran for the open seat in Florida's 1st congressional district and defeated his opponent with 69 percent of the vote.

Often endearingly referred to as the “Florida Man” Congressman for his antics, the newly minted Rep. Gaetz quickly brought his own brand of bombastic politics to a newly invigorated Republican party. In his second term, he has only increased in his effectiveness as a legislator, often leading the charge against House Speaker Nancy Pelosi. Rep. Gaetz’s firebrand support was essential to the passage of such Trump administration priorities as the Tax Cuts and Jobs Act. From his first two terms, Rep. Gaetz holds a lifetime score of 80 percent on FreedomWorks’ scorecard, which recognizes members who consistently vote to uphold conservative principles.

Beyond merely supporting the President, Rep. Gaetz has also championed a number of issues critical to FreedomWorks’ mission of limited and accountable government, free markets, and fiscal responsibility. He is a staunch advocate of term limits, understanding them to be a critical part of draining the swamp and changing the career politician and special interest culture of Washington, D.C. Furthermore, he is a cosponsor of H.Res. 1162, which would express the sense of the House that the Department of Justice should drop all charges against Edward Snowden -- notable whistleblower of the National Security Agency’s dragnet surveillance programs.

Notably, he joined with a few of his fellow liberty warriors in Congress, Reps. Thomas Massie (R-Ky.) and Ken Buck (R-Colo.) in a recently-released HBO documentary entitled “The Swamp,” which reveals the battles they fight daily in Washington, D.C. against the establishment and the status quo that have corrupted and bankrupted our nation slowly but steadily over the years.

Over his past two terms in Congress, and throughout his prior career, Rep. Gaetz has proven to be an effective advocate for the people of Florida and a strong conservative leader. We know that his record in the House will continue to reflect the fundamental principles of restricted government and more individual freedom. For these reasons, we are proud to name Rep. Matt Gaetz as our member of the month for October 2020.