This week, a few of our staffers headed to Missouri for a great training event in Kansas City. We rallied some of the top Kansas City activists for a night of grassroots training, a FreedomConnector demo, and some social media training.

I was so impressed by the people we met in the Kansas City area. Molly Teichman, a great local activist and blogger, introduced us to some of the most passionate and effective activists out there, and - even in the heart of Emanuel "Sugar-Coated Satan Sandwich" Cleaver territory -they were cultivating candidates, building their email lists and Facebook groups, and figuring out how to win the tough races.

Thursday night, a few of us made the drive to St. Louis for this year's Smart Girl Summit. As a founding member of Smart Girl Politics, it was great to see the women who have kept up the fight and are doing amazing things in their communities.

Kristina did a great FreedomConnector training session on Friday, and the response was overwhelming! Smart Girls are getting things done, and it was so great to be able to provide them with even more tools to take back their cities, counties, and states. 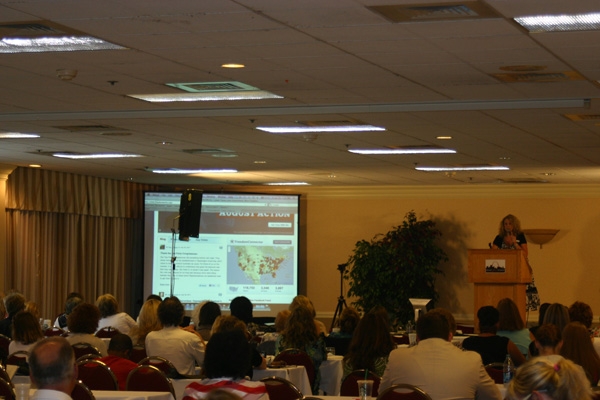 People ask where the Tea Party has gone, thinking that because we're not coming to Washington to storm the Capitol, it's over. Nothing could be further from the truth! The Tea Party is in Kansas City, St. Louis, and everywhere else there are groups of activists fighting to take their government back and keep their freedom.

Thanks to all the ladies at Smart Girl Politics who did a great job bringing an incredible and inspiring group of women (and some men!) together. Thanks Molly Teichman, for hosting us and driving all over the state. Thanks to the activists who are gamechangers in their area. You guys make the difference.

Join us for the Constitution Revival Tour

Join us for the kickoff of our *Constitution Revival Tour *set to take place at 1 p.m. (EDT) to 4 p.m. Saturday, May 21 at the Greater Columbus Convention Center in Downtown Columbus, Ohio. Get your FREE tickets to this Grassroots forum in the heart of the Buckeye State, here.