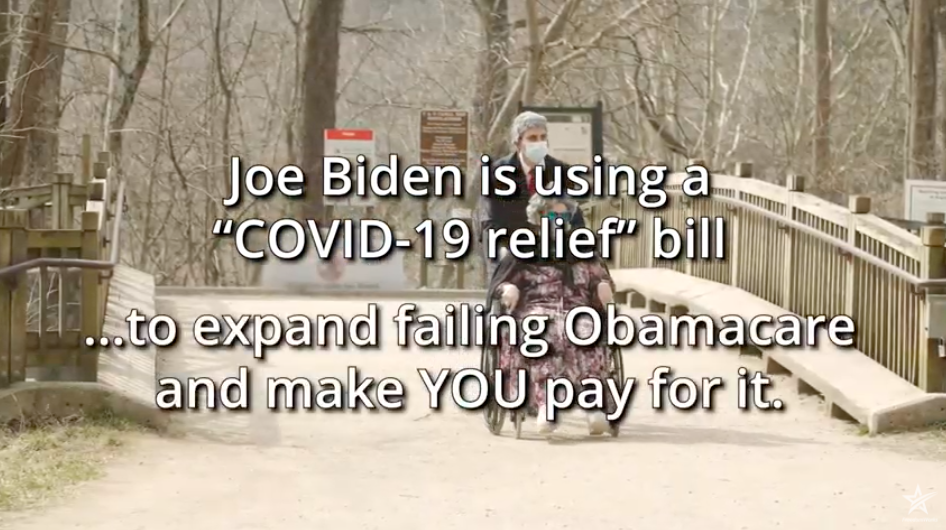 A Biden Goodbye For Granny: https://www.youtube.com/watch?v=RtJ7etsBaMQ

“On the eleventh anniversary of the anything-but-Affordable Care Act, it’s more important than ever that Americans understand all the problems inherent in the ACA and make no mistake about what Democrats are trying to accomplish here. Joe Biden and the Left used a hyper-partisan $1.9 trillion ‘relief’ bill to expand a program that has only made healthcare more expensive and less accessible for millions of Americans, dramatically increasing premiums and weakening the quality of care over the years.

“No less egregious is the fact that contained within the ‘American Rescue Plan’ Act is bailouts for blue states, like New York, whose corrupt policies are to blame for the deaths of thousands of nursing home residents throughout the COVID-19 pandemic. With the expansion of Obamacare and ill-advised bailouts to blue states who have failed to protect the lives of their most vulnerable citizens, there’s no telling how many more innocent Americans will suffer at the hands of crooked, self-righteous politicians.”

“Joe Biden has frequently told others, ‘Don’t tell me what you value--show me your budget and I will tell you what you value.’ Joe Biden should take his own advice, because his family’s budget is clear: By deliberately dodging over half a million dollars in payroll taxes, the Bidens showed that they don’t value Obamacare, and don’t value Medicare.”

“At a time when the Left is focused on massively expanding government, Joe Biden’s actions speak louder than his words. Why should anyone support programs like those in Democrats’ $1.9 trillion spending spree when President Biden himself refused to pay for them?”