It has been 3 years since the Patient Protection and Affordable
Care Act was pushed through Congress by Democrats and signed
into law by President Barack Obama. Yet despite the re-election
of President Obama and the law’s narrow survival in the Supreme
Court, the future of the still-controversial law is anything but certain. 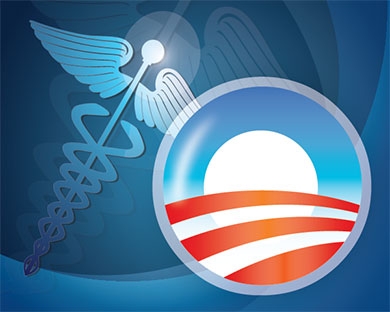 While Republicans continue to be vehemently opposed to the law,
Democrats are increasingly voicing their concerns about the viability
of the Affordable Care Act (better known as Obamacare). This past
April, Senator Max Baucus (D-MT), one of the chief architects of the
legislation, went so far as to predict that implementation of the
2,000-plus page law would be a “train wreck”. Further calling the
feasibility of the healthcare overhaul into question is the highlypublicized
decision by the White House to delay the Employer-
Mandate provision of the law in mid-2013.

Generally unreported, however, is the fact that this is just one
of myriad revisions to the law executed thus far. Congress, the
administration, and even the Supreme Court have made several
substantial changes that include more delays, rescissions of funding,
and even annulments of entire portions of the law. This lends clout
to the argument that the entire Affordable Care Act is unworkable
and should continue to be revised, delayed, or repealed entirely.
With so many changes that have been made prior to the law’s full
implementation, one cannot help but to speculate the extent of
ineffectual and/or adverse provisions that still exist.

This report documents and details the major changes to this law that
have occurred in its brief history. The purpose of this is to properly
frame and guide the ongoing debate over whether or not this law
should continue to be implemented and demonstrate what options
are available and what precedent exists for those who seek to
change or delay the Affordable Care Act further.

0
03/03/2014
GOP Gets Obamacare PR Disaster Hanging Curve To Hit, But Will It?
"https:\/\/www.freedomworks.org\/content\/gop-gets-obamacare-pr-disaster-hanging-curve-hit-will-it?social=facebook_share"
null
https://fw-d7-freedomworks-org.s3.amazonaws.com/styles/thumbnail/s3/te_social_media_share/fw_default_0.jpg?itok=35IWEBMb
Blog

Critics say FreedomWorks and other ObamaCare critics "spend all their time opposing the president's health care reform, but don't have any alternative, better ideas of their own." Not true!

In the past few weeks, the debate over Obamacare has been dominating the news, and has become one of the most, if not the most heated topics in the nation. Debate will continue, especially as people try to shop for coverage during its rocky launch. But there is one thing that should need no more debate - Obamacare will hurt young people.

Capitol Hill Update, 30 September, 2013House/Senate Schedule: Both chambers of Congress are currently in town and are scheduled to remain so until the week of October 14th.

5
09/27/2013
Obamacare Will Harm Everyone. Do Not Fund It. Repeal It.
"https:\/\/www.freedomworks.org\/content\/obamacare-will-harm-everyone-do-not-fund-it-repeal-it?social=facebook_share"
null
https://fw-d7-freedomworks-org.s3.amazonaws.com/styles/thumbnail/s3/te_social_media_share/fw_default_0.jpg?itok=35IWEBMb
Blog

Obamacare Will Harm Everyone. Do Not Fund It. Repeal It.

Many have said that once Obamacare gets rolling and the subsidies start flowing that repealing the law will be impossible. In fact, that's become conventional wisdom.

Last week, Republicans in the House of Representatives, under great pressure from their constituents, came together and passed a Continuing Resolution (CR) to fund the federal government, but which disallowed any funding for ObamaCare. This afternoon, Republicans the U.S. Senate betrayed their House colleagues and their constituents by voting to send the CR back the House with funding for ObamaCare.

In a follow-up conference call earlier today, Senator Ted Cruz reminded bloggers and reporters that the fight to defund Obamacare has always been a multistage process. Stage one began in July and August, energizing and mobilizing the grassroots conservative base. Stage two happened when the House of Representatives passed an amendment to the continuing resolution funding the government but defunding Obamacare. Stage three requires uniting senate Republicans before beginning to pick off red state Democrats.

A friend visited the emergency room recently to treat a severe infection in his leg. His doctor was unavailable so he was advised to go the local emergency room to receive treatment. After waiting the requisite several hours, my friend was visited by a nurse who, upon looking at his electronic medical chart, asked about a prescription for eye drops that had been filled at a pharmacy outside the hospital earlier in the day. What makes this story interesting is that the prescribing physician was located in another state and unaffiliated with the treating hospital.