At FreedomWorks - We Will Not Be Silent

In the past year bloggers such as Aaron Walker, Stacy McCain, Patterico and Liberty Chick  have been harassed and threatened by a terrorist known as the "Speedway Bomber" Brett Kimberlin. Kimberlin was convicted of several federal felonies in 1981 and sentenced to 50 years for terrorizing an Indiana town with a weeklong bombing spree. Kimberlin was released from prison in 2000 and since his release he has harassed and threatened anyone who dares to write about his past or current actions. Stacy McCain has not been silenced by this terrorist. He has been forced to leave his home in order to continue his investigation from an undisclosed location.

Brett Kimberlin is a nightmare.  In fact, he is the stuff nightmares are made of.  American citizens, exercising their First Amendment right to speak freely, are being viciously targeted and terrorized by a George Soros-funded violent domestic terrorist.  Today, in a strong showing of unity, spearheaded by Michelle Malkin, bloggers across the country are standing together to expose this predator of free speech to the world. 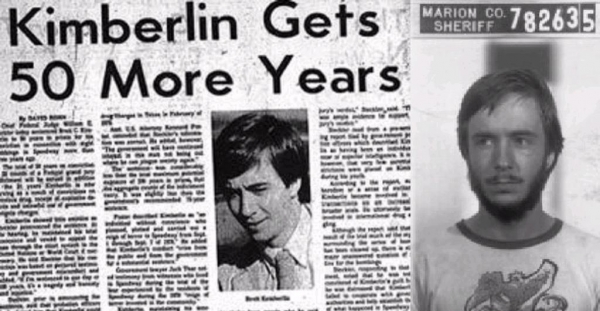 Read more of the chilling story from these sources:

Be prepared to enter an alternate universe, bizarre beyond any stretch of what you thought possible. And then keep reading, because this may be one of the most important exposés published on The Blaze to date. It will explain in frightening detail what it means to speak the truth at the expense of losing all you hold dear. And will reveal how easy it has been for one convicted domestic terrorist — backed by George Soros and Barbara Streisand alike — to use the U.S. legal system, as well as less desirable channels, to silence those who have dared tell the story of one Brett Kimberlin, a.k.a. the “Speedway Bomber.”

You’re about to listen to one of the most bone-chilling pieces of audio you will ever hear. At least, it was to me when I first heard it.

It’s a phone call that could have gotten me killed.

In this post you will hear that audio clip. You will also read about a months-long campaign of harassment carried out by at least three individuals: Ron Brynaert, Neal Rauhauser, and Brett Kimberlin — much of it directed at critics of Brett Kimberlin. This harassment includes repeated references to critics’ family members, workplace complaints, publication of personal information such as home addresses and pictures of residences, bogus allegations of criminal activity, whisper campaigns, frivolous legal actions, and frivolous State Bar complaints.

And finally, you will hear a comparison of one of those men’s voices to that of the man who made the call that sent police to my home. And you’ll read a declaration from a forensic audio expert comparing those two voices. ...

** Here is the disturbing call that sent police to the Frey's home.

The National Bloggers Club has stepped up to the plate and set up a donation page to help support the bloggers targeted by Kimberlin.