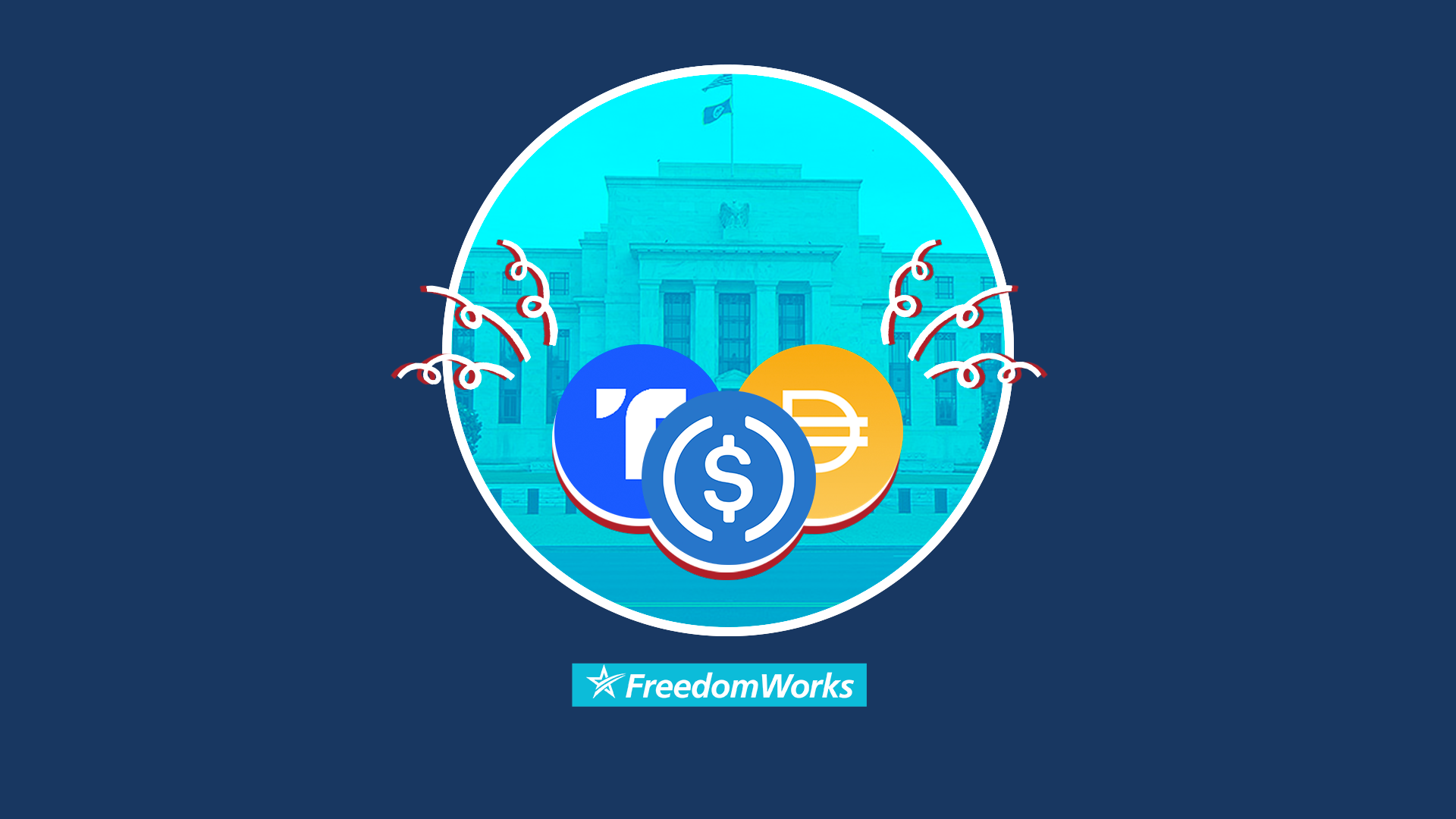 The rise of digital assets is a revolution in the digital and financial world; for the first time, individuals can make direct money payments across the globe at the speed of the internet. The widespread use of digital assets would allow consumers to transfer money near-instantaneously rather than rely on a series of intermediaries to conduct a single transaction. It is, however, essential to continue a robust cash economy where consumers can enjoy the benefits of financial privacy.

The Federal Reserve’s exploration into CBDC raises serious questions regarding the continued development of the digital economy, consumer privacy, and the eventual transition to a cashless system of payments. The United States must not follow countries like China down the path of digital authoritarianism but instead preserve a payment system that promotes consumer privacy and security.

There are currently numerous products such as stablecoins, digital assets whose value is pegged to a fiat currency that can satisfy the needs of consumers and bring our economy into the 21st century. Stablecoins can lower payment costs, increase payment speeds, and promote access to the payment system. Despite stablecoins revolutionizing the digital asset marketplace, the President’s Working Group on Financial Market’s (PWG) report on stablecoins is catalyzing a push by government officials to crack down on stablecoins, and craft new regulations and erect barriers to entry. The attack on stablecoins is inseparable from developing a CBDC, a state-sponsored substitute that would crowd out private-sector competition.

A CBDC would fundamentally change the structure of the U.S. financial system, altering the roles and responsibilities of the private sector and the central bank. A CBDC can undermine our current banking system that relies heavily on deposits to fund loans. A widely-available CBDC would serve as a close or near-perfect substitute for commercial bank money. Reducing aggregate deposits into commercial banks will inevitably reduce access to credit and increase costs.

A CBDC is a hazardous tool that could pose significant privacy concerns for American consumers. A widely-used CBDC would create a trove of financial data in the same way that commercial banks and nonbank entities do so today. The account-based model of CBDC leaves consumers vulnerable to government abuses and the security risks of a single centralized point of failure. Any United States CBDC would need to be issued in an intermediated model that would provide a degree of separation between consumers and the central bank. Any CBDC implemented must offer the same convenience of cash and the same privacy protections.

Traditional cash payments provide consumers with a wide range of benefits from privacy to personal autonomy. Physical cash is the only form of payment that does not require a third party such as electricity or an internet provider. This, coupled with the benefits of privacy and anonymity, supply an invaluable service to consumers that CBDC cannot replicate or replace.

The implementation of a CBDC in the United States would fundamentally change the United States' financial sector and pose serious concerns. Creating a CBDC that does not enjoy the same anonymity benefits of cash will open the door for large-scale abuses and should not be implemented in any way by the Federal Reserve. The United States must move our economy into the 21st century by embracing the rise of cryptocurrencies and other digital assets but cannot forsake consumer privacy in doing so.