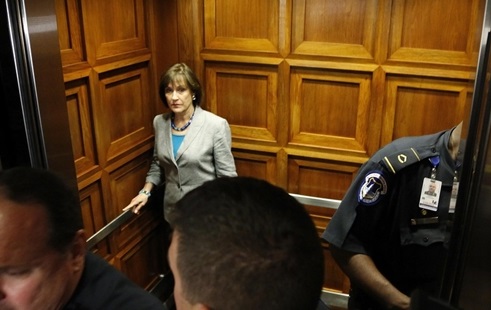 The IRS does not approve this message.

Washington, DC- After months of educating citizens on proposed IRS rules changes that would cripple and effectively eliminate 501(c)(4) civic engagement activity, FreedomWorks submitted official comments to the IRS on behalf of its 6 million members nationwide. The document, signed by FreedomWorks Executive Vice President Adam Brandon, listed the organization’s many objections, along with a call for field hearings.

FreedomWorks has been directing its membership to submit comments in protest on the IRS website before the February 27 deadline through IRSTarget.com, which redirects right to the IRS official comment page. To date, the IRSTarget website has received over 33,000 visits redirecting to the IRS comment page, and the IRS has received a total of almost 76,200 comments.

“FreedomWorks is calling for field hearings that would allow citizens to testify and voice their concerns with the proposed rules changes,” Brandon commented. “We want to hear from the bureaucrats who wrote these rules, and get a definition on what exactly constitutes a ‘social welfare group.’ We want to know how this program will be safeguarded against abuse, and how specifically the IRS plans to ensure that the targeting scandal against conservatives and libertarians will not repeat itself.”

“It's not the IRS's responsibility to determine what constitutes a ‘social welfare group.’ It's not their responsibility to intimidate individual Americans who are trying to partake in their basic civic duties, and it's certainly not their responsibility to figure out ways to regulate specific kinds of groups out of existence. This isn't a partisan issue- it's a matter of free speech. Today it's conservative and tea party groups, but a couple years down the road it could be another demographic of Americans facing this kind of bureaucratic censorship.”

The proposed rules changes would suppress the ability of grassroots groups – of any political affiliation – to organize and participate in basic civic engagement activity, including voter registration drives, voter education and non-partisan candidate forums. Many non-profit organizers would have to hire lawyers in order to ensure that they are complying with the complicated rules, an impossible expense for smaller “mom and pop” patriot groups meeting in local communities. Some well-intended activists will undoubtedly break the unclear laws without even knowing it.

Thanks for getting us organized on this, Freedomworks. Jackie, Adam, and the others- keep up the fire on the front lines. There are so many of us with you!