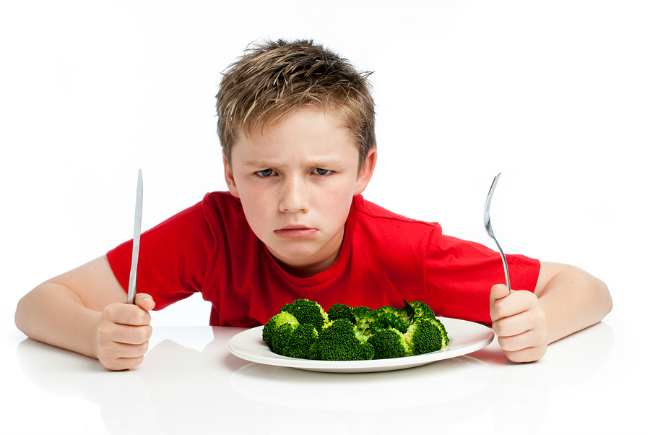 It is hardly a secret that school-aged children don’t like vegetables. Sure, there may be an outlier or too here and there, but - outside of parental guilt and supervision - kids won’t gravitate towards vegetables if they absolutely don’t have to. It is one of the basic conditions of youth. Vegetables just don’t taste good.

As if this self-evident truth weren’t enough for government regulators, the U.S. Department of Agriculture (USDA) actually conducted a study in 2015 to get to the bottom of this issue. Surprising absolutely no one, they found it would essentially take forcing children to stay at the table until the vegetables were finished to get them to eat them. Nothing less would do. Appropriately, this study was conducted in response to the Obama-era changes to the School Lunch Program that are now called into question.

According to USDA’s lead author of the study, “The basic question we wanted to explore was: ‘Does requiring a child to select a fruit or vegetable actually correspond with consumption?’ The answer was clearly ‘no.’” In short, despite Michelle Obama’s best efforts to the contrary, you cannot force kids to like vegetables and you cannot force them to eat them. The study also found that 29 percent more kids took vegetables with their lunches as a result of the change. However, there was a 13 percent decrease in actual consumption. Waste, on the other hand, rose by 56 percent. This is disgracefully inefficient and any parent who spends even a modicum of time with their children could have predicted such results.

There is actually scientific evidence that demonstrates vegetables (particularly of the green variety) may be unnecessary in a daily diet. According to Charlotte Stirling-Reed of the Nutrition Society, an independent organization that promotes and disseminates nutritional science:

If you still eat a wide variety of different foods you will get those nutrients elsewhere. Most of the vitamins and nutrients in green vegetables can easily be found from other sources – in meat and fish and lentils and beans, in other fruit and vegetables. As long as you are getting variety and the right amount of food every day you will be OK. Everybody is individual and very different.

So, while most would turn up their nose and look down upon those who would dare to suggest pizza or pasta be considered by the U.S. government as a potential substitute for vegetables, that is in fact a valid argument. This science gets at the heart of the Service’s proposed rulemaking. Localities should be able more flexibly define vegetables for the purpose of meeting federal standards (that should probably not exist in the first place, if we’re being honest). As long as children are getting the comparable nutrients from other sources, the meal can be just as healthy. More so, if you consider the fact the nutrients will come from something they will actually eat, a necessary prerequisite to actually getting said nutrients.