FreedomWorks Wraps Up “We the People” Week in Opposition to H.R. 1 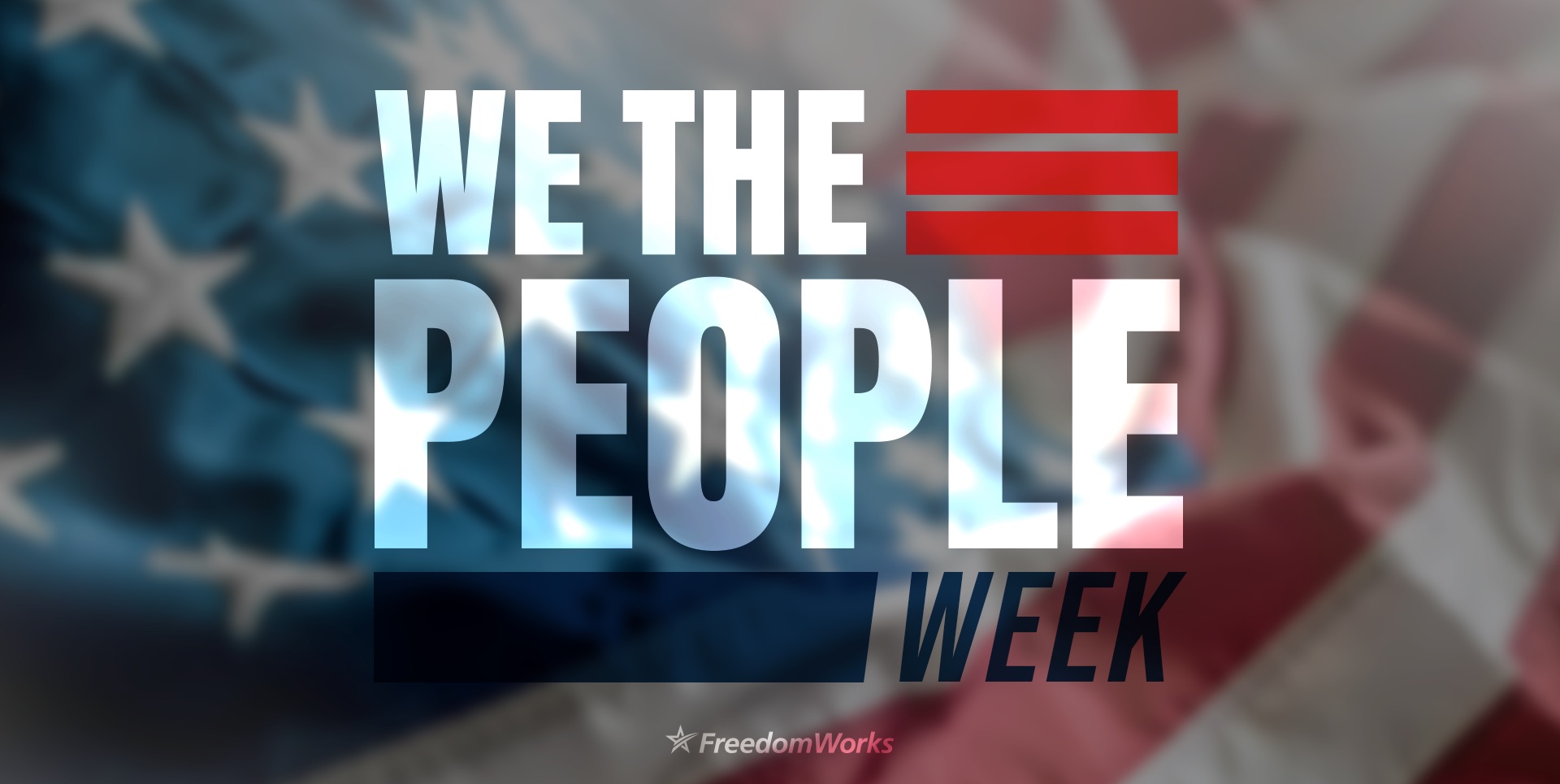 WASHINGTON, D.C. -- Today FreedomWorks wraps up “We the People” week, a campaign to ramp up opposition to the Left’s so-called “For the People Act” (H.R. 1/S.1), further educate voters on the dangers of the bill, and urge lawmakers to reject the bill in the Senate.

“This past week has been about dialing up our efforts against H.R. 1/S.1, shining a spotlight on the legislation’s many faults, and helping people see through the Left’s lies and false narrative that H.R. 1 will do any good for our country’s electoral system. Americans deserve real solutions that strengthen election integrity, not undermine it. H.R.1 is a clear threat to free and fair elections in this country that would only make the chaos and uncertainty of 2020’s election the norm.

“We hope that this week has been instructive in reminding lawmakers and voters what is at stake if this bill becomes law. We thank our activists for their hard work and dedication to the cause this week and the past couple of months. We will continue to support them in their fight for free and fair elections.”

FreedomWorks looks back on the week and highlights its positive focus, outlining solutions and best practices to strengthen election integrity going forward.

FreedomWorks held a webinar with activists, coalition allies, and renowned pollster Scott Rasmussen, in which he shared polling data on H.R. 1 and put to rest the notion that this is a popular bill.

FreedomWorks Senior Fellow Rev. C.L. Bryant joined leading black conservatives, including Dr. Alveda King and Dr. Carol Swain, each with their own lived experience of Jim Crow America, to discuss how the left has hijacked the conversation surrounding election integrity.

FreedomWorks believes that the people of D.C. should have equal representation in Congress. But rather than give the district statehood, which is unconstitutional, the best path to guaranteeing representation for the residents of D.C. is to give D.C.’s neighborhoods back to Maryland but maintain the monuments and all other federal buildings as part of the District of Columbia.

Monday-Friday: FreedomWorks activists drove phone calls and petition signatures against H.R. 1 and in support of election security and the filibuster.