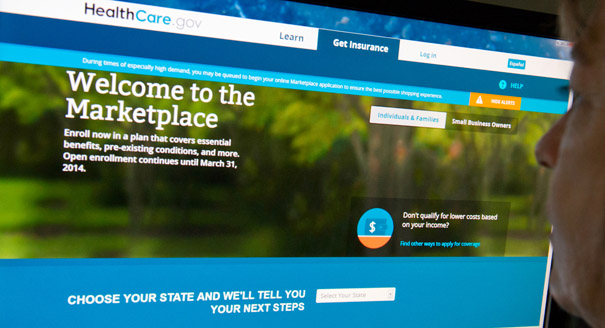 The Government Accountability Office (GAO) released a report on Thursday showing that undercover consumers were allowed to re-enroll in health plans on the federal ObamaCare Exchange. The bogus enrollees had outstanding document issues that should have prevented them from obtaining subsidies for coverage.

The report is an update of preliminary results from a GAO investigation that began during the first ObamaCare open enrollment period. Eleven of the bogus consumers, some of whom used fake Social Security numbers and counterfeit citizenship documents to complete the process, were able to receive subsidies for coverage. The more recent report shows that not much has changed in the verification process, leaving open the potential for fraud.

"The GAO applicants obtained a total of about $30,000 in annual advance premium tax credits, plus eligibility for lower costs due at time of service," the report noted. "For 7 of the 11 successful fictitious applicants, GAO intentionally did not submit all required verification documentation to the Marketplace, but the Marketplace did not cancel subsidized coverage for these applicants."

Six of the fictitious enrollees were eventually flagged because of the lack of proper documentation and coverage was terminated. The GAO was, however, able to get the coverage of five of the enrollees reinstated by phone. Despite not asking for greater financial assistance, subsidies for these applicants were increased by a "combined by a total of more than $1,000 annually."

"For three of the five applicants for whom we obtained reinstatement of subsidized coverage, we had open inconsistencies related to citizenship/immigration status remaining from our initial applications for 2014, according to CMS data. For each of these three applications, we had never submitted any citizenship or immigration documentation to the Marketplace for resolution," Seto Bagdoyan, director of the GAO's Forensic Audits and Investigative Services, told members of the Senate Finance Committee in prepared testimony. "Nonetheless, we had subsidized coverage restored."

The GAO report does note that the findings of the investigation may not reflect widespread abuse. Bagdoyan did point out that the contract document processor hired by the Centers for Medicare and Medicaid Services (CMS) "is not required to seek to detect fraud."

In July 2014, the Inspector General of the Department of Health and Human Services reported 2.6 million unresolved data inconsistencies on the federal Exchange, of which 44 percent were related to citizenship, 12 percent involved income verification, and 12 percent involved the status of employer-sponsored, government-approved coverage. Not long after this finding, the Centers for Medicare and Medicaid Services claimed that some of the inconsistencies had been resolved and announced that those with citizenship status issues would have to provide documentation showing legal status.

The latest GAO report, however, continues to raise questions about fraud on the federal ObamaCare Exchange, the scale of which has yet to be determined. But the report is not encouraging, to say the least, because it does show holes in the verification process that could allow fraudulent consumers access to taxpayer-funded subsidies that they would not otherwise receive. In addition to the 6.6 million Americans who were forced to pay the law's individual mandate tax and many, many others, this is another major problem with ObamaCare that needs to be addressed in a comprehensive, patient-centered alternative.