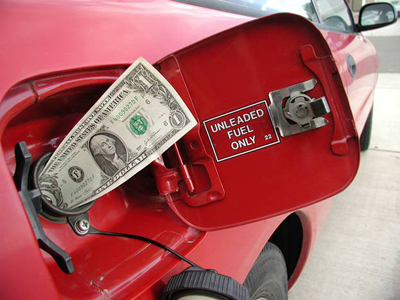 Our infrastructure (roads, bridges, airports and more) is in dire need of repair, and our political solution to pay for these upgrades is a big gas-tax increase. Dangerously, our political elites – Republican and Democrats - are strongly advocating for this tax increase.

"Our infrastructure's crumbling, our roads and our bridges are in dangerous condition." argued the former Pennsylvania Governor Ed Rendell.

Nancy Pelosi’s mindset is to increase the tax whenever possible: “If there's ever going to be a time to raise the gas tax, the time when gas is so low is the time to do it.”

Senator Bob Corker (R-TN) and Senator Chris Murphy (D-CT) have legislation that would increase the tax by 12 cents a gallon over two years, which would nearly double the tax. Corker argues, “At least it would put our infrastructure on strong footing. And that second component seems to get left out of the conversation most of the time. But, yes, I believe that's what we should do.”

Yes, our infrastructure is very important. It allows rapid transportation of commerce, information and people throughout the country. Corker correctly understands the need to “put our infrastructure on strong footing.” However, he and the Congressional gas tax-hikers are totally wrong on how to improve and then maintain Americas’ infrastructure.

Cato Institute's Chris Edwards succinctly identified America’s infrastructure problem by the lack of efficient and correct use of the 18 cents now taxed on each gallon of gas. Edwards writes:

“However, a more important issue than the level of government spending on infrastructure is the efficiency of the nation's investments. Infrastructure investment will only spur economic growth if it is allocated to high-value projects and constructed in a cost-effective manner. This is where the shortcomings of federal infrastructure spending are apparent.”

America’s infrastructure failures are due to political favors (pork-barrel factors rather than actual marketplace demands), inefficiencies (proper pricing of government services), and bureaucratic mismanagement (cost overruns – e.g., The Big Dig in Boston.) Our political solution is a gas-tax increase and a continuation of big government incompetence. Edwards’ solution is to privatize most of the services. Interestingly, close to 75% of the infrastructure in America is privately owned - pipelines, refineries, cell phone towers, freight railway, power plants and more. Of greater benefit, is many nations – OECD and especially Canada – have entered into public-private partnerships to build, operate and maintain roads, bridges and more. Edwards explains:

Federal expansion and waste and incompetence must be stopped. Tell your Member of Congress and your Senator, “No on a gas tax increase.” Tell them to promote public and private infrastructure projects with private companies that invest and manage the projects. Americans will save money and have a much better infrastructure system.

For some reason people still believe government is going to do what they say they going to do with these tax revenues. And every time we are fooled again. The money ends up going to favoritism. When will we learn?

Washington Times: Just Say No to a Gas Tax Hike

Never underestimate the power of the big business lobby and the foolishness of establishment Republicans to follow it. In a spectacular example of political shortsightedness and reckless policymaking a few Republicans are mimicking Democrats by discussing the possibility of raising the federal tax on gasoline.