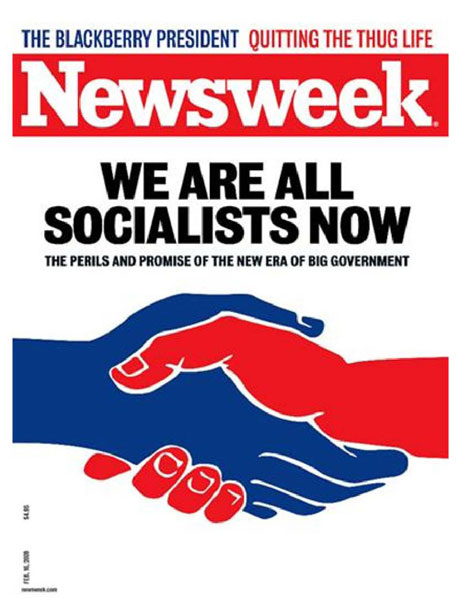 Saul Alinsky spent the majority of his life molding the Democratic Party into what it is today. His prodigy, Hillary Clinton, has now become the presumptive nominee while the open socialist Bernie Sanders still continues to spread his message of the looter state. Does this mean that simply overtaking the Democratic Party into an age of full on social engineering and mafia style economic planning mean that the Fabian strategy has worked?

The thing about these progressives is that they don't even want to call it socialism anymore, they don't even want you to be able to identify it. They use buzzwords like "fair share," "equality," and "democratic socialism" to mask things, yet most conservatives are still able to see past the left wing propaganda. The larger sign of the Fabian success though is when not even the conservatives or libertarians care anymore.

Donald Trump, if he becomes the GOP nominee, would, as a result, become the true sign of Fabian socialist success, because now not even the party of Lincoln could stop the endless expansion of the welfare society from killing the last pieces of American constitutionalism and federalism. Why is Trump on the side of the progressives? Here is why:

ObamaCare is out, but TrumpCare is in

Didn't conservatives rally in 2010 against Obamacare? Well, now it seems Trump has convinced them to keep it after he stated, "We have to help them out. And I would make deals with hospitals, and I’d make deals with people where they can get some care... I mean, you can’t have a guy that has no money, that’s sick, and he can’t go see a doctor, he can’t go see a hospital. You know, I just don’t think you can have that." Conservative Review shed further light on Donald's love for socialized health care, saying that:

Like any good Republican, Trump claims to oppose Obamacare, even supporting conservatives’ attempt to defund Obamacare in the fall of 2013. Trump, however, is on record supporting “universal healthcare,” advocating for American adoption of the Canadian healthcare system. This places Trump’s policy in line with the most liberal members of the Democrat Party.

Trump's tariffs would destroy us

It seems that Trump has also been successful in convincing the GOP to wholeheartedly disown free markets in exchange for tariffs not seen since the Hoover administration. According to National Review and other sources:

His across-the-board tariff on Chinese goods would bring retaliatory tariffs on U.S. exports to China, the third-largest market for American companies behind Canada and Mexico. U.S. producers of soybeans, civilian aircraft, cotton, copper, corn, and recycled materials would all take a big hit...But protectionist tariffs can accomplish that only if they are uniformly applied. A tariff on Chinese products would immediately make Japanese, Mexican, and other foreign companies better able to compete in the American market, necessitating another round of tariffs on those countries. And it’s safe to assume each new tariff would bring retaliatory tariffs against U.S. exports until there was no one left with whom we could profitably trade.

So why does it matter?

Trump claims to want to "Make America Great Again" but this continued coddling of progressive policies will only give a lethal injection to the next generation of taxpayers. FreedomWorks' own Mallory Reader noted recently:

Social Security funds are set to dry up by the year 2034. In an election cycle with a focus on foreign affairs, national security, and the economy and jobs, Social Security reform has largely remained off the radar...Trump looks to strengthen the United States’ economy as the means to this end. His approach appears to be increasing jobs to increase tax revenue to cover costs of Social Security. These various perspectives on fixing a failing system matter. Young voters must not overlook the urgent need for Social Security reform and learn which candidates are putting our future prosperity and opportunity at risk...

If the conservative wing of the American population continues to follow in the footsteps of Trump, nothing else essentially matters. As a result of the Fabian invasion of the GOP, the only options you would be left with are what flavor of collectivism you'd like.