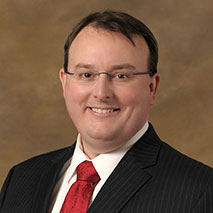 State Rep. Scot Turner is fighting for your property rights.

State Representative Scot Turner has introduced an extremely simple piece of legislation that would, with a single line change, effectively end the practice of civil forfeiture in his state. Turner’s bill makes mandatory the formerly optional ability of courts to suspend forfeiture during an ongoing trial. In other words, the government wouldn’t be allowed to take your stuff without convicting you.

Recently a large number of states have embraced the idea of forfeiture reform, and while only a couple have successfully passed legislation, it’s notable that Oklahoma, Pennsylvania, Wisconsin, Florida, and others are all talking about the policy’s flaws and the need for change.

It’s rather amazing that it has taken so long for a country founded on the principles of due process and innocent until proven guilty to admit that civil asset forfeiture violates the most basic property rights and corrupts the justice system. The program is a holdover from centuries old British law designed to deal with pirates that no one ever bothered to update.

Today, most people can see the obvious flaws with the law; the only exception seems to be prosecutors and and some law enforcement officials, who claim that the funds they receive from forfeited assets are necessary for them to do their job. If police departments are underfunded, that should be a conversation for an appropriations bill, but it is wrong to let the department self-fund by taking money from innocent people, and creates bad incentives for effective policing.

Turner’s bill marks a great step in the right direction for Georgia, and we hope other states will continue to work to reform civil asset forfeiture.