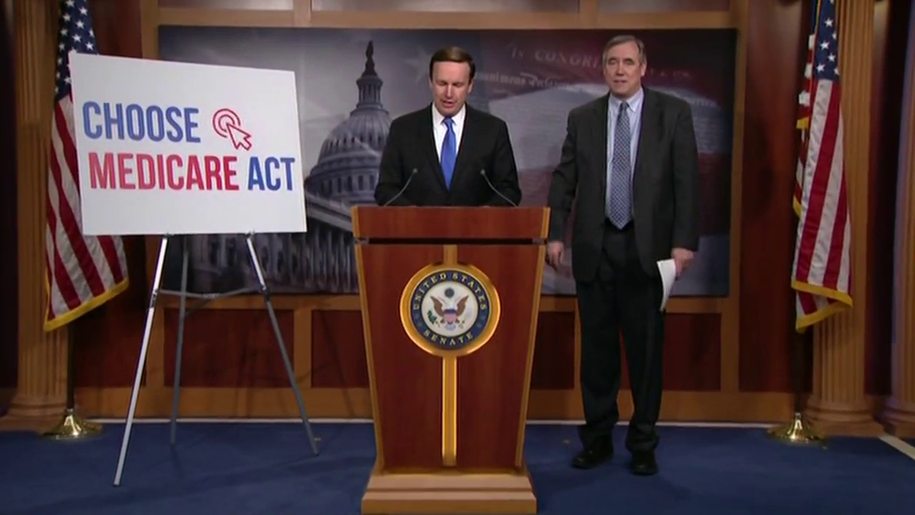 The “public option” was a phrase that was common during the legislative debate over the Patient Protection and Affordable Care Act, often known as “ObamaCare.” Seeing it as a step toward single-payer, leftist Democrats wanted the public option included in ObamaCare. In September 2009, the Senate Finance Committee voted down amendments that would have created a public option, as the idea became politically untenable. The idea came back to life in the House but did not make it in the final bill.

Instead of a public option, Democrats settled on co-ops and multi-state plans. Of the 23 co-ops created through ObamaCare, only four remain. These co-ops split $3.4 billion in initial loans to get them off the but did not meet enrollment goals, resulting in the collapse of the vast majority of them.

Section 1334 of the Affordable Care Act required the Office of Personnel Management (OPM) to contract at least two national health plans, of which had to be contracted with a nonprofit. Multi-state plans (MSPs) were required to be offered in all 50 states and the District of Columbia by 2017. Many conservative healthcare experts believe that MSPs are a vehicle for single-payer, as OPM could use the statute to create such a program. Legislation in the Senate and House, S. 2221 and H.R. 4664, would repeal MSPs.

Discussion over a public option was revived in 2016 during the race for the Democratic presidential nomination. Sen. Bernie Sanders (I-Vt.) rolled out his own single-payer program. His most recent proposal would outlaw private health insurance and cost $1.4 trillion. Hillary Clinton, who may still have nightmares from when she rolled out a healthcare plan in 1993, backed the public option. President Barack Obama also came out in support of a public option.

Sens. Merkley and Murphy’s Choose Medicare Act, S. 2708, would expand Medicare to create Part E, the public option. An individual or employer who purchases health insurance coverage on the ObamaCare exchange could choose to participate in Medicare Part E. The bill would also require the group market to comply with ObamaCare’s onerous rating requirements and expand the premium tax credit to 600 percent of the federal poverty level from 400 percent.

The bill’s sponsors and supporters believe that the public option would bring competition into the marketplace, but this isn’t about choice. A public option would eventually eliminate choice in the health insurance market. Because it’s funded by tax dollars and other revenues, the federal government can undercut health plans offered by private insurers, eventually pushing them out of the market entirely.

“[G]overnment possesses both the power to hide its true costs (which keeps its premiums artificially low) and to impose costs on its competitors (which unnecessarily pushes private insurance premiums higher),” Michael F. Cannon wrote of a public option in August 2009. “The government possesses so many tools for subsidizing its own program and increasing costs for private insurers—and has such a long history of subsidizing and protecting favored enterprises—that unfair advantages are inevitable. This is in no small part because supporters of a new government program want it to have unfair advantages.”

After the federal government undercuts every private health insurance company, putting them out of business or relegating them to offering only supplemental coverage, it will be the only health insurance company left. We're not even getting into the single-payer nightmare stories from other countries or the severe problems with the United States' own government-run health insurance programs. There's also the cost involved, which has been proved prohibitive for states like California and Vermont that explored creating single-payer programs.