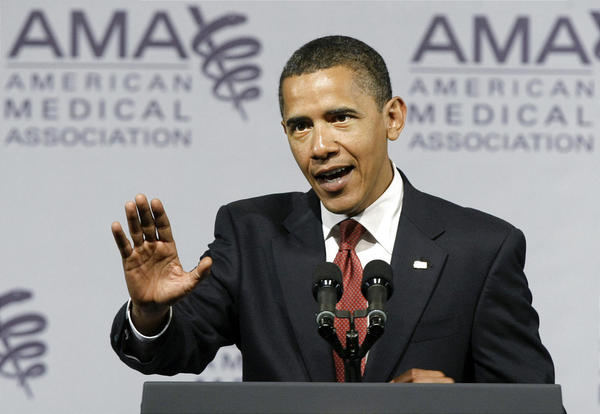 William Voegeli, author of Never Enough: America's Limitless Wellfare State, has written an excellent article, Bait-and-Switch Liberalism. Voegeli explains how politicians know Amercans want additional government services, and so the politician exhorts the benefits and ignores the burdens. The American public eagerly accepts what they like to hear rather than what is demonstrably true.

“What people wanted to hear was that the higher purpose of guaranteeing “quality, affordable health care for every American,” to use Obama’s words, could be had easily and painlessly. And it turned out that this historic goal was surprisingly attainable. “Most of this plan,” the president told Congress in a September 2009 address on health-care reform, “can be paid for by finding savings within the existing health-care system, a system that is currently full of waste and abuse.” Giving millions of uninsured Americans health insurance, and improving coverage for millions more who already had insurance, not only wouldn’t increase the federal deficit, but was “a step we must take if we hope to bring down our deficit in the years to come,” Obama had explained earlier that year.”

“A November 2009 post on the White House blog cited research and congressional testimony by MIT economist Jonathan Gruber (a health-care adviser to the administration) to share the glad tidings that the legislation taking shape would unleash a torrent of benefits. The bill being considered by the House would lower premiums for individuals while improving coverage, according to Gruber. Small businesses, too, had “little to fear, and much to gain, from health reform,” since the money it saved them would lead to hiring more workers and increasing their take-home pay.”

Today, the American public is comprehending what was demonstrably true – ObamaCare is very expensive for almost every American. In January 2014, Gruber reports in the Washington Post:

“The law isn’t designed to save money. It’s designed to improve health, and that’s going to cost money.”

Classic Bait-and-Switch, obfuscation has unfortunately been part of government for a long time. Democrats and Republicans are both guilty of it. ObamaCare is an unusual situation because the insincerity and mendacity by our government and the awareness by the American people have occurred within four years. So, most of the representatives and senators that perpetrated this insincerity and mendacity remain in power. The elections of 2014 and 2016 will test American's concern over government's source of insincerity and mendacity. Is America outraged? Is America indifferent? How American voters react will have a major impact on our future freedom and democracy. Without trust in government, society declines – culturally, economically and civilly.