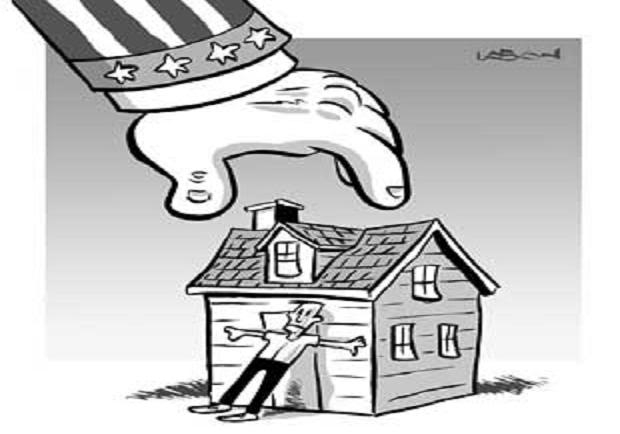 Today represents the tenth anniversary of the Supreme Court’s decision in Kelo v. City of New London. The Supreme Court issues decisions in around eighty cases each year. Some of those decisions, like Kelo, are closely contested 5-4 decisions. But Kelo has been unique because of the response that came from the public.

The case involved the use of eminent domain by a city in Connecticut on the property of fifteen individuals. The property was to be transferred to a private group to be redeveloped. The hope was that this redevelopment would please a corporate client in the city, as well as bring more tax revenues to the city.

The Court ruled, in a 5-4 decision, that the city’s use of it eminent domain power was constitutional, despite the Fifth Amendment’s requirement that the land be taken for a “public use”--not to be given to a private developer. In part because the American Dream is deeply rooted in the core principle of private property rights, this decision stirred up resentment across the country.

A poll conducted shortly after the decision by Saint Index, showed that 81 percent of the public disapproved of the Court’s decision, and 63 percent strongly disagreed. These views cut across all demographics, whether they be race, gender, party affiliation or political ideology. The same survey showed that 71 percent of the public would support reforms that would prevent “the taking of private property for private development.”

A public outcry is not unusual after a Supreme Court decision. Often there are letters to the editor written, blogs posted and gatherings outside the Court to show disapproval. What was different with Kelo was not just that the people were upset, but that they demanded changes be made at the state and local level to protect private property.

In the decade since the Kelo decision, forty-five states have passed reforms to their eminent domain laws, most quickly after the decision. Some of these states simply passed statutory reforms, but more than ten actually passed constitutional amendments to protect private property.

Some of these state reforms were better those others, those initiated through public referendum were the strongest, but the people were able to get the vast majority of the states to make some reform. Some of the states, such as Ohio, Oklahoma, Missouri and California, passed weak reforms or no reforms, but nonetheless had good court decisions that strengthened property rights.

At the federal level, the House of Representatives did pass a resolution, 365-33, denouncing the decision, but little substantive reforms were made. While each year a bill is introduced that would better protect property rights and would have wide support of the voters, a bill has yet to be passed into law.

The Court’s decision in Kelo was a direct affront to what the people considered justice. In response, there was a successful grassroots movement to ensure what happened in that case would not happen in their states. While the Court wrongly decided the case, we can take solace in the response of the public. Remember that the next time the Court errors in a decision of law, the people still have the power to shape the law as they see fit.

So true! Been happening since the "white man / Europeans" came to this country. It's a classic case of "might makes right" as my gramma said. If you have the bigger stick/gun/rifle/measles/pox/etc., then you can effect an amazing amount of change... Unfortunately to the ruination of whole people's. <shaking head>
And, looks like we are STILL doing it today...geez.

Having just vacationed in South Dakota, I learned quite a bit about the Plains Indian Tribes (Sioux, Lakota, Arapahoe, etc) and the treaties that the federal government forced upon the native peoples.
Each of these treaties was violated within a short timespan, by the White Settlers/Goldseekers/Ranchers/etc., who set up a "howling" to "get these Redskins out of our way". The federal government then used the US Army to bully the Natives into giving up more land, more assets and move into smaller and less valuable domains. They were so restricted that they became completely dependent upon federal "largesse", which was ofttimes insufficient for survival.
Yes, Government overrides the rights of the citizens, to the benefit of the already well-to-do!