Harmon Kaslow on Atlas Shrugged and the Free Market 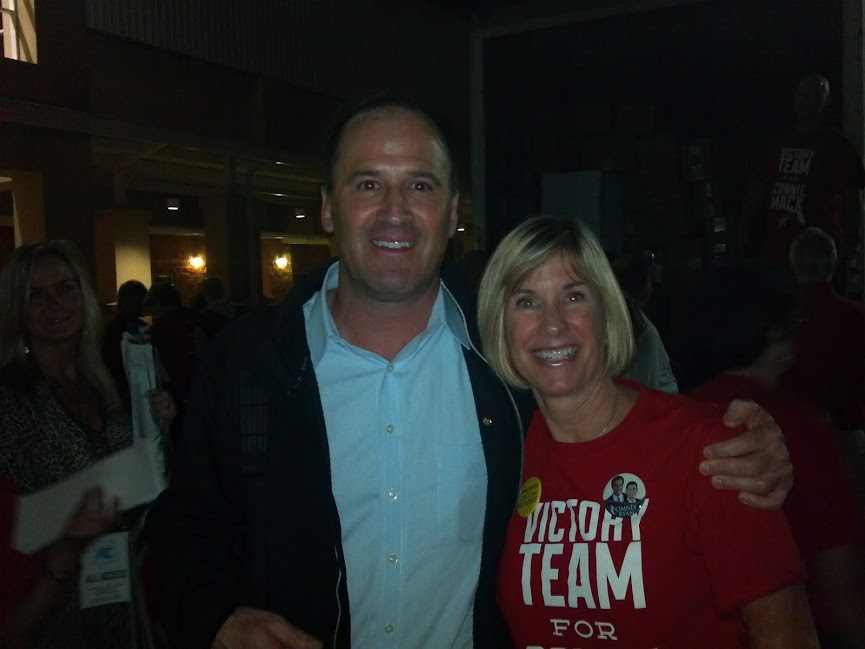 With the release of Atlas Shrugged Part II on DVD, we get a chance to focus again on the power of government to keep people from pursuing and achieving success. I spoke with the film's producer, Harmon Kaslow, who shared his ideas about reestablishing respect for the free market.

In the run-up to the 2012 elections, President Obama was asked about Ayn Rand and her epic novel, Atlas Shrugged, on which the film is based.

Ayn Rand is one of those things that a lot of us, when we were 17 or 18 and feeling misunderstood, we'd pick up. Then, as we get older, we realize that a world in which we're only thinking about ourselves and not thinking about anybody else, in which we're considering the entire project of developing ourselves as more important than our relationships to other people and making sure that everybody else has opportunity – that that's a pretty narrow vision. It's not one that, I think, describes what's best in America. Unfortunately, it does seem as if sometimes that vision of a "you're on your own" society has consumed a big chunk of the Republican Party...

While the President addressed the ideas in the partisan terms that seem to be his only frame of reference, promoting the power of the free market to spread wealth to people goes beyond the partisan constraints that bind our political discussions.

"The President I think is clearly a collectivist," said Kaslow. "In some ways, given the role he’s had the government play, for instance, in the acquisition of GM and AIG, perhaps even a socialist. It isn’t about the individual with this guy. In a sense he’s creating a nanny state, and perpetuating this whole idea that just because you exist you are entitled to something from the government. This type of attitude makes the story embodied in Atlas Shrugged seem so relevant to what’s going on today, even though it’s a story written more than 50 years ago as a warning. She wasn’t writing something that was intended to be the headlines in the newspaper, but this guy literally in four years has made this book a bestseller, because the people who have read it so long ago see it being played out, almost to a ‘t’ as described in the book."

"Obama is clearly perpetuating this kind of left-leaning mainstream media concept," continued Kaslow, "this 'You owe me' agenda, that the President articulated by saying 'You didn't build that.' That's exactly what's killing the country that our founding fathers envisioned when they created our rule of law and the role that government was going to play in our lives."

Kaslow often thinks about we how can influence our culture toward individualism and away from collectivism.

"Well for me," he said, "it's just that we're not doing a good job educating -- and I think it has to start with our youth -- on economic theory: microeconomics, macroeconomics. And you especially don't see an understanding of that in Washington, DC. And here you have a guy Paul Ryan who supports Ayn Rand's theory that there is a moral basis for capitalism, and the left just attacks this guy for embracing what Ayn Rand was about. They attack him because of perhaps other things Rand said, but to me if people understood economics -- how markets worked, and the impact, the qualitative, quantitative impact that government actions have, I think that it would go a long way to changing this whole entitlement mentality, and people would see that their prosperity starts with the fact that we live in a place that was built by entrepreneurs, that had unlimited opportunity."

We see it in the Microsoft antitrust case, Kaslow said. The Department of Justice and New York Attorney General Eliot Spitzer sued Microsoft in 1999 over antitrust issues.

"It's just another clear example right out of the book," Kaslow recalled. It's the government creating this issue that there is a social danger by virtue of the fact that Microsoft was putting Internet Explorer on their desktop. And you look at where we are today, and that was a totally irrelevant thing, but they decimated this company, and set it on a path that's really crippled it. It sucked the air out of these entrepreneurs, who -- no one should be afraid that they're going to become billionaires."

"I think that the government just has this fear," said Kaslow, "again, right out of the book , Henry Reardon says he's going to get too powerful because he'd come up with something that's too valuable for people."

"The education system seems to have a left-leaning bent to it, which is fine, I don't have a problem with that. My whole thing is if we could teach kids economics, they would have a better understanding of the role that government should play in their lives."

Get the FreedomWorks Special Edition of Atlas Shrugged III

Half a century ago, Ayn Rand penned one of the world’s most vibrant and enduring books on the dangers of a too-powerful government and the importance of individual freedom. Yet despite its popularity and influence, it took until 2011 and the rise of the Liberty Movement for anyone to successfully adapt this remarkable novel for the silver screen.

2
11/14/2012
Demand Atlas Shrugged In a Theater Near You on April 15!
"https:\/\/www.freedomworks.org\/content\/demand-atlas-shrugged-theater-near-you-april-15?social=facebook_share"
null
https://fw-d7-freedomworks-org.s3.amazonaws.com/styles/thumbnail/s3/te_social_media_share/fw_default_0.jpg?itok=35IWEBMb
Blog

Demand Atlas Shrugged In a Theater Near You on April 15!

Responding to fan support for the highly anticipated release of the Atlas Shrugged movie, over 70 theaters nationwide have already agreed to show the film on April 15th.  Click here to see if there's a theater near you showing Atlas Shrugged, and if not, click the "demand it" button to request a showing in your area. FreedomWorks has been at the center of a huge grassroots push to get Atlas Shrugged shown in as many theaters as possible. Producer John Aglialoro believes we can get the number of theaters up to 300 by the film's release on April 15th. Click here to get involved with the campaign.

I am pleased to announce that during the Conservative Political Action Conference (CPAC), FreedomWorks will screen the world premiere of the motion picture Atlas Shrugged trailer. Visit the Official Atlas Shrugged Movie Web Site.