Has the Tea Party Lost to the GOP Establishment? 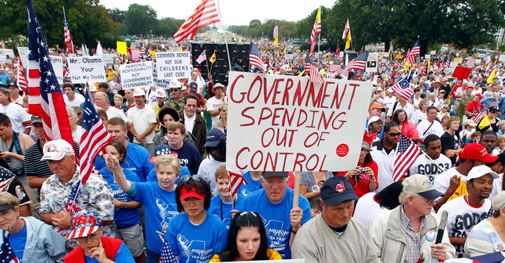 Last night, the freedom movement won some important electoral primary victories. In Georgia’s 11th District, Barry Loudermilk, a true champion of limited government, education freedom and market-centered health care solutions, came in first in his race with 39 percent of the vote, and is headed to the July 22nd runoff. In Georgia’s First District, Dr. Bob Johnson also made his way to the July runoff.

We also saw the re-election of a large number of principled incumbents, who have been working hard to build the Freedom Caucus in Congress and defend Americans’ liberty at every opportunity. Among the freedom fighters who will be returning to their seats next year are Thomas Massie, Raul Labrador and Tom Graves in the House, as well as Jim Risch in the Senate. With the addition of candidates like Barry Loudermilk and Bob Johnson, as well as Ben Sasse in Nebraska, we are ever more poised to set policy in the 114th Congress.

Of course, we lost some big battles as well, despite the incredible enthusiasm and hard work of grassroots citizens on the ground. In Kentucky, activists hung more than 150,000 door hangers in support of Matt Bevin. In Idaho, more than 20,000 went out for Bryan Smith, who was outspent three to one by his establishment opponent. This grassroots machinery is committed to the cause of liberty, not just for one election cycle, and will sustain itself long after November.

Most striking is the extent to which constitutional conservatives and libertarians have set the narrative for the Republican primaries. Thanks to the influence of grassroots activists on the ground, this cycle found even firmly entrenched establishment candidates like Senate Minority Leader Mitch McConnell rediscovering their limited-government roots, campaigning on promises to repeal Obamacare and stop the progressive agenda. We welcome this return to reason, and will be looking for a similar commitment leading into November.

We’ve seen this kind of ideological shift all over the country, with North Carolina’s Thom Tillis going from calling Obamacare “a great idea that can’t be paid for” to referring to it as a “cancer” on the national economy. The voters will remember these kinds of statements, and hold their elected officials accountable to them in the years to come. That alone, is an important achievement.

Politics is a lagging indicator for changes in national thinking on issues and ideas. By taking the long view, building infrastructure and relationships that stretch far into the future, we are preparing for a sea change that transcends any individual election cycle.

Some establishment operatives still maintain that primary challenges hurt the Republican Party and its overall performance in November. I couldn't disagree more. The GOP claims to be all in for competition, customer choice and accountability for mistakes made, at least when it comes to markets, products and services. But what about politics? Doesn't competition work the same here? Republicans can take the Senate in November, but they can only do so with stronger, more principled positions that differentiate them from the failed policies of Barack Obama and Harry Reid.

Grassroots America is not going anywhere, and we will continue to hold politicians’ feet to the fire and demand representation that is better and more honest. We may not have achieved everything we hoped for last night, but make no mistake. We’re playing the long game, and it’s a game we mean to win.

The only way to unseat incumbents.