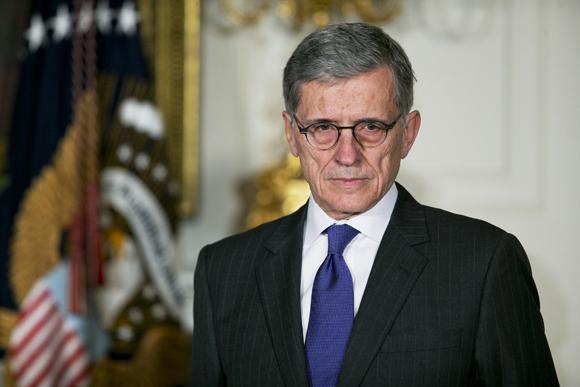 We won’t know the precise details of the rule until it is released, but Wheeler has made it clear that he intends to reclassify internet service providers as public utilities under Title II of the Telecommunications Act of 1996. This would give the FCC the authority to enact internet regulations that have repeatedly been struck down by courts as being outside the agency’s purview. Among other things, Title II regulation would allow the government to dictate the terms of internet service, and require providers to pay into a universal service fund, increasing costs to consumers in the process. For an in-depth analysis of the effects of Title II reclassification, see FreedomWorks’ Issue Analysis on the subject.

Meanwhile, Republicans in Congress are attempting to preempt the FCC by drafting legislation to officially classify internet service providers as exempt from the FCC’s authority over utilities. This sounds nice, but in order to gain political support, the proposal makes a number of unacceptable concessions to the FCC’s demands for Net Neutrality enforcement—the very thing Republicans have always opposed.

We are now left in the uncomfortable position of having a Republican compromise that is almost as bad as the FCC’s original proposal. By ratcheting up the stakes and threatening Title II regulation, Wheeler has gotten Congress to agree to Net Neutrality as a politically feasible lesser of two evils.

Since its inception, the internet has been largely unregulated, and the resulting freedom has allowed new business models—even whole new industries—to flourish in a way never before seen. Not only are Net Neutrality regulations unnecessary, but they are actively harmful to internet freedom and the economic possibilities of the future.

Preserving the freedom and flexibility of internet providers is vital to maintain the kind of creativity and innovation we have seen in just the last twenty years. The Republican compromise isn’t a compromise at all, but rather a cave in to the special interests who want to be able to dictate the business models of private companies to serve their own ends.

This February, everyone concerned about internet freedom should be ready to keep a close eye on both the FCC and Congress, and be ready to send a loud and clear message that internet regulation is not the answer.

I am not an attorney, but a "tax on talking" appears to be a direct violation of the "freedom of Speech" provisions of the First Amendment. I do think we should amend the First Amendment to add just the word "civil". That would eliminate about 80 percent of the profanity, obnoxious nicknames and gutter talk. Our Founding Fathers, The Constitution, Federalist Papers and all of the courts refrain(ed) from that kind of language and I am sure they intended to set both the "tone and tenor" of all serious discourse. That word would not limit "what" one wanted to say, just "how" it was said. Presently, all too many serious discussions get smothered in one-on-one, off-subject gutter talk, now identified as "mental masturbation".

Don't wait till February! Do it NOW!!!

I agree LeslieJo. Contact the FCC now. They are listening.

Your voice is an important issue, ..please 'StoneStone', ..this is much more than some company trying to make a dollar,..

..this is a government trying to decide who should be allowed to talk!

Please do everything you can to keep that decision OUT of the gagging hands of the government ( ..Congress!)

Absolutely NONE of those people would choose to hear you speak! ..Why would you let them set the rules for your equal voice on the internet??

This has nothing to do with being allowed to talk. It's about greed and charging all of us way more than what people in Europe pay. Get educated. There is nothing you said that is reality.

Ah yes. It's been awhile since we've seen one of the net neutrality posts. How could we forget? This is all about stuffing more money into the pockets of the big cable companies who can't deal with new technology. No matter what, the consumer has spoken and the days of overcharging people for a cruddy product strictly via cable are over and even if those whom pay right leaning organizations to carry water on their behalf won it won't mater. It's over.

FreedomWorks has joined other free market groups concerned about Title II regulations of the Internet to launch a new website to spur activism on the issue.