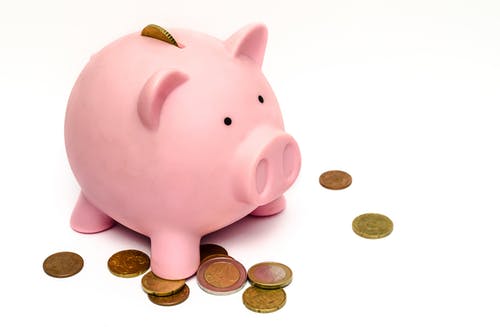 The idea that Justice Barrett herself is a threat to Obamacare was disingenuous, Because even if the Supreme Court were to rule that some or all of Obamacare is unconstitutional, this wouldn’t devastate health care in our country and would probably vastly improve medical care.

The fastest, simplest and most impactful way to improve both costs and outcomes in health care is via letting Americans make better choices with their own health care dollars. First and foremost, this means getting rid of the long-obsolete piece of law that requires health savings accounts (HSAs) be connected to owning high-deductible health plans (HDHPs).

Regardless of how the Supreme Court eventually rules in California v. Texas, millions of Americans will be stuck with health coverage that limits their care options, hides the true cost of their care and all too often leaves them with out-of-pocket costs that are difficult to afford. Whether they possess private insurance, individually or through an employer, or whether they are on one of the many government insurance programs, most U.S. consumers do not experience anything like a real competitive market to provide them with the best health care at affordable costs.

This reality is a by-product of distortions of the health care marketplace due to government-created programs like — but not limited to — Obamacare. Instead of seeking government solutions to problems that the government itself burdened its people with, we need to actively be seeking ways to break down government barriers to quality health care.

Health savings accounts are a sensible option to increase consumer choices and lower physician and hospital costs. Although a steadily increasing number of Americans — more than 20 million — have opted to enroll in a health savings account, since their creation in 2003 they have been contingent upon also owning an approved high-deductible health insurance plan. Yet, a recent poll shows that well over two-thirds of Americans support allowing everyone the same ability to pay for health care tax-free.

Some of those who might benefit most from the ability to save in HSAs include retirees on Medicare. Most retirees already supplement their government benefits with additional coverage and could use accumulated HSA savings to offset the out-of-pocket costs that come with increased usage of prescription drugs and routine care.

Many who currently own HSA/HDHP arrangements would benefit from having a wider range of coverage options as well. This is particularly true of the increasingly large segment of self-employed contract, or “gig,” employees who may value the security of owning portable, tax-free savings for future health expenses but also the immediate security of owning more comprehensive insurance coverage.

The need for flexibility in how Americans can use their health dollars has hardly been more acute than during the present COVID-19 pandemic. The economic disruptions caused both by rational precautions by individuals and by thoughtless government lockdowns have caused millions of people to change how they access care — with the lightning-fast expansion of telehealth being the most obvious innovation. As Reps. Chip Roy, Texas Republican, and Ted Budd, North Carolina Republican, have pointed out, it was only due to a last-minute scramble by the IRS that HDHPs were allowed to cover treatment and testing for COVID-19.

Having HSAs un-coupled from HDHPs opens up an array of non-traditional coverage options as well, including using HSAs to supplement health- sharing ministries, direct-primary-care arrangements and association health plans. This, ultimately, is the point and the potential of wider eligibility for HSAs — when people are free to save their own tax-free health care dollars, they can shop for what works for them instead of being stuck inside the box of one-size-fits-all government-restricted coverage options.

This arbitrary HDHP restriction should be lifted as they only raise costs. The House Republican Study Committee agrees, calling to “Suspend the requirement that HSAs be tied to a high-deductible health plan (HDHP).” It is really as straightforward as that, and it would revolutionize health care in America, first and foremost by removing the talking point from the left that government handouts are the only way to reduce the cost burden on Americans.

Stephen Moore is the chairman of the FreedomWorks Task Force on Economic Revival.