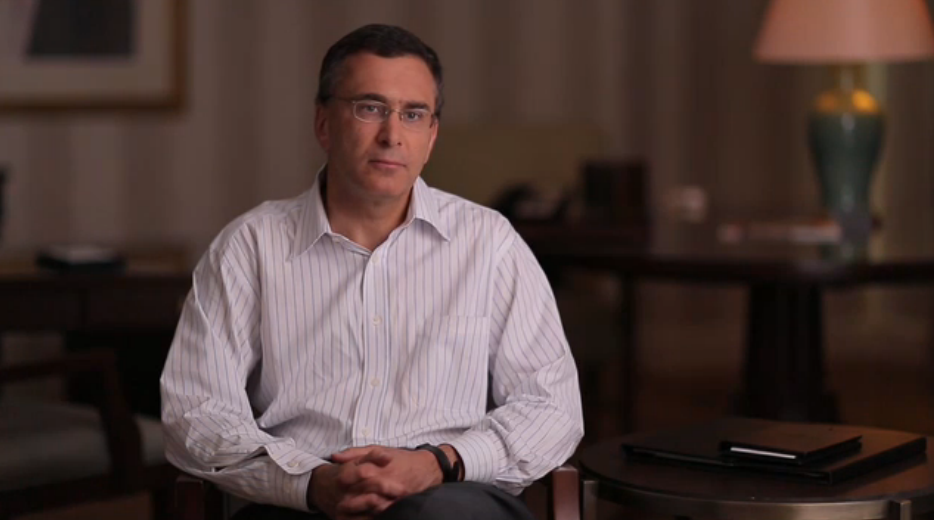 President Barack Obama sought to further distance the White House from Jonathan Gruber, the MIT professor who helped craft ObamaCare. Current and former White House and administration officials as well as Democratic leaders in Congress have tried downplay Gruber's role in light of at least six videos that have surfaced in the last several days.

Gruber's comments about the deceitful process by which ObamaCare was concocted by himself and the administration as well as his opinions on the intelligence of American voters have been a pretty huge PR problem for the White House, which, last week, told a leftist blog that the MIT economist "did not work in the White House or play the same role in developing the Affordable Care Act."

President Obama, for the first time, addressed the scandal after the G-20 Summit in Brisbane, Australia.

"I just heard about this," President Obama told reporters. "The fact that some adviser who never worked on our staff expressed his opinion that I completely disagree with — it is no reflection on the actual process that was run."

While it's true that Gruber was never on staff at the White House or the administration in an official capacity (no one, at least as far as this author knows, has said he was), the MIT economist, who was contracted as an adviser, was absolutely essential to the process. As explained on Friday, Gruber was paid nearly $400,000 to help craft ObamaCare and his work was promoted by the White House on several different occasions. He's also made a killing by advising states on the law.

In recent videos that have surfaced, however, Gruber is seen railing about employer-based health insurance and the tax credit given to businesses that provide coverage to employees. In March 2011, for example, during a lecture at Harvard Medical School, Gruber talked in-depth about efforts to mislabel the "Cadillac tax," a 40 percent excise tax beginning in 2018 on health plans that spend in excess of $10,200. The MIT economist notes that this tax, which, he says, is really a tax on consumers, will eventually get rid of the tax credit for employer-based health coverage.

"No economist would ever set up a health system with a tax subsidy on employer-provided health insurance. It's a terrible policy. It turns out politically it's really hard to get rid of," said Gruber. "And the only way we could get rid of it was first by mislabeling it, calling it a tax on insurance plans rather than a tax on people, and we all know it's really a tax on people who hold those insurance plans."

"And the second way was to start it late -- start it in 2018. But, by starting it late, we were able to tie the cap for the Cadillac tax to the [Consumer Price Index], not medical inflation," he explained. "What that means is the tax which starts by taxing only 8 percent of the insurance plans essentially amounts over the next 20 years basically getting rid of the exclusion for employer-provided health insurance. This was the only political way we were ever going to take on what is one of the worst public policies in America."

To President Obama's point, however. While he's is trying to distance himself from Gruber and the role he played in crafting ObamaCare. In June 2012, Gruber told PBS' Frontline about a meeting he and other experts had in the Oval Office in 2009 with -- drumroll, please -- President Obama, who, according to Gruber, wanted to find ways to get rid of the tax credit for employer-based health plans.

Gruber repeats many of the same criticism of the tax credit and the "political nightmare" that targeting it would bring. "So what we did a lot in that room was talk about, well, how could we make this work?" Gruber recalled of the July 20, 2009 meeting. "And Obama was like, 'Well, you know' — I mean, he is really a realistic guy. He is like, 'Look, I can’t just do this.' He said, 'It is just not going to happen politically. The bill will not pass. How do we manage to get there through phases and other things?' And we talked about it. And he was just very interested in that topic."

"Once again, that ultimately became the genesis of what is called the Cadillac tax in the health care bill, which I think is one of the most important and bravest parts of the health care law and doesn't get nearly enough credit," he added.

The decietful way the Cadillac tax gets rid of the tax credit for employer-based coverage is by, basically, forcing companies to reduce benefits, leaving higher premiums, co-pays, and deductibles for employees. Last year, Delta Air Lines executive Robert Knight wrote to an Obama administration official about the $100 million in new costs it had seen under ObamaCare. Among his list of grievances against the law was the Cadillac tax, which had forced Delta to drop a health plan. He warned that this tax would eventually hit all employer-based health insurance plans.

"[K]eep in mind that, eventually, it’s not just the ‘rich’ plan designs that will be affected. Essentially, the Cadillac tax level represents a ‘ceiling’ on the value of benefits provided in health plans. However, that ceiling rises each year only at the rate of the consumer price index (CPI). On the other hand, medical inflation is rising at a higher rate than CPI," Knight wrote to the unnamed official. "The way the math works, given enough years, all plans will eventually risk being subject to the Cadillac tax and as they do, the natural reaction will be to continually reduce benefits provided in order to avoid the tax."

Though roughly 16 percent of employer-based health plans will be touched by the Cadillac tax in 2018, it's expected to hit an eye-popping 75 percent of plans in the next decade.

Aside from the fact that Gruber is admitting it's OK to lie in order to advance Obama's agenda, let's not lose sight of WHY they lie. The MAIN purpose of government expansion is to take MORE of our money. That's the reason for government programs. Why? Because Governments produce NOTHING of value that individuals are willing to pay for. Consequently, they have no choice but to TAKE it - legally, through taxation and regulation. But that's the main purpose.
Here's more about this.... http://www.investingforprosperity.com/obamacare.html