Here's why Congress must get big government out of the courtroom 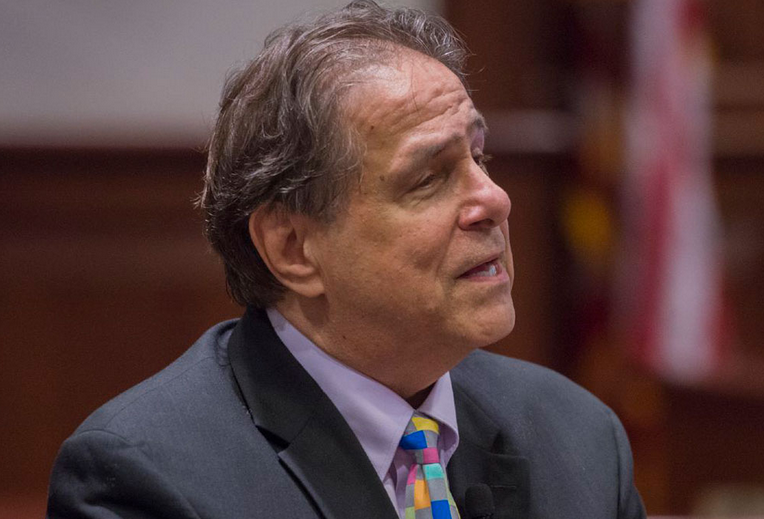 Judge Mark Bennett believes a punishment should fit the crime, but his hands are often tied by mandatory sentences

Mark Weller and his court-appointed attorney, Brad Hansen, pleaded for leniency from U.S. District Court Judge Mark Bennett, who was at the center of a Washington Post story over the weekend on federal sentencing laws. Unfortunately, even though Weller had a story and family history that urged sentencing restraint, Judge Bennett's sentence was mandated by big government in Washington.

"Growing up, all he pretty much had was an alcoholic mother who was manic depressive and schizophrenic. When I wasn’t cutting myself, I was getting drunk and beating the hell out of him in the middle of the night. When I wasn’t doing all that I was trying to kill myself and ending up in a mental hospital," his mother wrote in a letter to Judge Bennett. "Can you imagine being a four-year-old and getting beat up one day and having to go visit that same person in a mental hospital the next? No heat in the house, no lights, nothing. That was his starting point."

Needless to say, the circumstances of Weller's upbringing were not ideal, and, through drugs, he found a mechanism to cope with his problems. He did manage to get his life on the right track. He got married, had a daughter, and had a good job making $18 per hour. But then his wife met another man online, leaving him behind. On top of that, he then lost custody of his young daughter. Having lost his support structure, Weller turned back to drugs, lost his job, and began dealing drugs himself.

Weller, who had a minimal criminal history, was arrested for drug trafficking. During Weller's federal trial, Bennett recognized that the 28-year-old Iowa defendant's background should play a role in the punishment he meted out. Unfortunately, Bennett's hands were tied by Congress, which had unnecessarily brought big government to the courtroom through mandatory minimum sentences.

Weller apologized for his actions, hoping his sincerity help get him a sentence more in line with the crime he committed. "I was a hardworking family man dedicated to my family. I turned to drugs, and that was the beginning of the end for me," he said. "I hope I get the chance to better my life in the future and put this behind me."

Bennett knew the 10-year sentence he was forced hand down was more than Weller deserved. "His whole life is basically mitigating," the judge told his wife, "but there still isn’t much I can do." Even the prosecutor in the case admitted that Weller is "certainly not a drug kingpin," the type of people whom mandatory minimum sentences are purportedly designed to incarcerate for long periods of time. Bennett had no choice. He had to issue the sentence that Congress required.

Weller joins the ranks of low-level, nonviolent drug offenders currently in federal prisons. According to the U.S. Sentencing Commission, nearly 50 percent of federal drug offender inmates are classified in Category I, meaning that they have little to no criminal history. There are just under 95,600 federal drug offenders currently in federal facilities, according to the Federal Bureau of Prisons, comprising roughly 49 percent of all federal inmates.

While not the only factor in the explosion of the federal prison population, which has grown by nearly 800 percent since 1980, mandatory minimum sentences have been cited as a cause. Though supporters of strict mandatory minimums argue that these sentences are needed to crack down on drug kingpins, it is predominately low-level offenders who are prosecuted under them.

"Defendants who organize or manage a drug trafficking enterprise have the most information with which to bargain as they enter into discussions with prosecutors," Sen. Mike Lee (R-Utah) said on the Senate floor in March. "Low-level offenders who have less responsibility and less knowledge often don't have much information to offer, no matter how long a mandatory minimum sentence they might face in a particular case."

Lee cited former federal judge William Wilkins, who served as the first chair of the U.S. Sentencing Commission. In testimony before the House Judiciary Committee in 1993, Wilkins, who was appointed to the bench by President Ronald Reagan, said: "There are few Federal judges engaged in criminal sentencing who have not had the disheartening experience of seeing major players in crimes before them immunize themselves from the mandatory minimum sentences by blowing the whistle on their minions, while the low-level offenders find themselves sentenced to the mandatory minimum prison term so skillfully avoided by the kingpins."

Lee is the primary sponsor of the Smarter Sentencing Act, which would lower federal mandatory minimums for low-level, nonviolent offenders by half and expand the "safety valve" exception for these sentences so judges can mete out punishments that fit the crime for offenders, like Weller, with little to no criminal history. In February, FreedomWorks released a letter of support for the Smarter Sentencing Act. Other conservative organizations, including Heritage Action and Americans for Texas Reform, have signed a letter to Senate Judiciary Committee Chairman Chuck Grassley (R-Iowa) in support of the bill.

Not only would the Smarter Sentencing Act reduce big government's role in the courtroom by allowing judges to issue more appropriate sentences based on offenders' circumstances, the Congressional Budget Office estimated that last year's version of the bill would save taxpayers $3 billion over 10 years. Long-term savings could be much more. The Justice Department believes, over the next two decades, the savings could be as much as $24 billion.

Unfortunately, despite bipartisan support, the bill has been stalled in the Senate Judiciary Committee. There is movement on sentencing reform, though it remains to be seen what will come from negotiations that are reportedly taking place. Some are hoping to undermine the momentum for reform through the National Criminal Justice Commission Act.

There is no doubt that Weller and others who have been prosecuted under federal mandatory minimum sentences committed crimes. But the punishment should fit the crime. Our prison system is very good at locking people up, but it does not effectively rehabilitate nonviolent offenders. The current focus on corrections at the federal level exposes these nonviolent offenders to violent prisons where they could develop violent tendencies. Upon reentry into society, they not only have the stigma of a criminal record that often denies them economic opportunities, leaving them facing an endless cycle of crime and poverty.

Congress must change this approach by focusing on rehabilitation and treatment as alternatives to incarceration for nonviolent, low-level offenders. This more innovate, fiscally conservative approach to justice is cheaper than the $30,000 annual cost of housing one inmate in a federal prison and reduces the risk of an offender becoming a repeat offender.

I'm not sure about having NO minimum sentencing rules but 10 years is clearly too much in Wellers case, particualrly considering convicted murderers average less than seven years served.
Another thing people could do is educated themselves about the common law grand jury that dates back to Magna Carta

0
10/12/2017
"New York is Reforming their Criminal Justice System"
"https:\/\/www.freedomworks.org\/content\/new-york-reforming-their-criminal-justice-system?social=facebook_share"
"What do the policies of Texas and New York have in common in regards to Criminal Justice? Well NY is following suit after a decade of success in Texas of reforming their criminal justice system."
https://fw-d7-freedomworks-org.s3.amazonaws.com/styles/thumbnail/s3/field/image/ladyofjustice.jpg?itok=Upd3_ROp
Blog