Here's Why the U.S. Can't Default 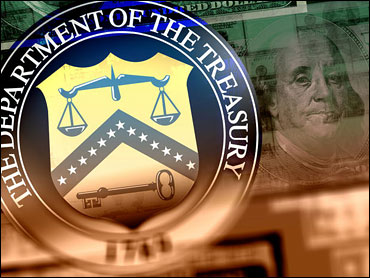 The Treasury is both able, and legally required to prioritize debt payments.

Tick-tock, the debt ceiling deadline is fast approaching, leading, as ever, to the fevered warnings of default from the advocates of endless spending in and around the Beltway. It can't be said often enough: default on the national debt isn't going to happen. In fact, it's all but impossible.

To see why, first take a look at this table from last month's report of the United States Treasury. You can see that in September, 2015, the Treasury received about $365 billion in receipts from various sources. Interest payments on the debt, on the other hand, were only about $21 billion. The Treasury continues to receive inflowing cash all year long, and given that interest payments are only a small fraction of receipts, there is no danger of running out of the necessary funds to keep the creditors from our collective door.

But wait! What if all that money is used for something else, with nothing left over for debt service? It's a fair question, and the Treasury is quick to insist that this is a real danger, but in fact, it's not.

Section 4 of the 14th Amendment to the U.S. Constitution states:

In a 1935 Supreme Court case, Perry v. United States, the Court ruled that, under the 14th Amendment, voiding a government bond was beyond the authority of Congress, and constitutional scholars believe that this ruling requires the Treasury to prioritize debt payments above all else.

So not only does the Treasury have the money to pay for interest on the debt, they are legally required to do so. Realizing that a failure to immediately raise the debt ceiling is not the end of the world, it's important that Congress start to stake out some solid ground on demanding real reforms in exchange for more spending and more debt, with a good place to start being FreedomWorks Senior Economic Contributor Stephen Moore's proposal to rein in the growth of government.

FreedomWorks today echoed the position of the House Freedom Caucus on raising the debt ceiling and called on Congress to address federal spending and the budget deficit, which is projected to exceed $9.4 trillion over the next ten years.