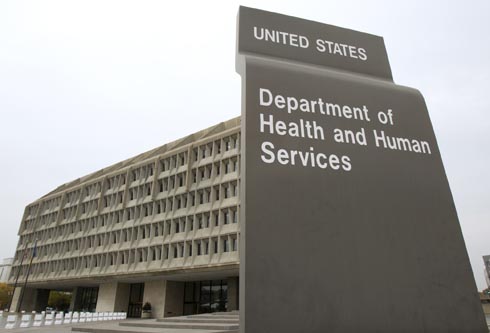 The Department of Health and Human Services expects ObamaCare enrollments through the federal and state exchanges to come in between 9 million and 9.9 million by the end of 2015, according to CNBC, far lower than the most recent estimate released by the Congressional Budget Office in April of this year:

Federal officials on Monday sought to lower expectations for upcoming enrollment in Obamacare, announcing that they now believe that only between 9 million and 9.9 million people will be enrolled in Affordable Care Act health insurance plans by the end of 2015.

That is well below the 13 million people that the Congressional Budget Office has projected for Obamacare enrollment by the end of 2015. Open enrollment for 2015 plans resumes Saturday.

The new projection, as much as 30 percent reduced from the CBO estimate, comes from the Health and Human Services Department, which oversees the Obamacare health reform program.

The New York Times notes that HHS expects that 10 million to 11 million people will sign-up for coverage or renew their previous plan in the next open enrollment period, but that the number will decline due to attrition, such as people not making their premium payments or failing to provide proof of citizenship. That effect was seen this year, when President Barack Obama boasted that some 8.1 million signed up for coverage, only to see the number fall to a little more than 7 million after attrition.

The CBO estimated that 6 million people would have coverage through ObamaCare in 2014, 13 million by the close of 2015, and 25 million by the end of 2017. The latter goal looks to be completely unattainable at this point. In fact, HHS has admitted that it "will take more than three years" to reach that the 25 million figure. The reason for the lowered enrollment expectations, as CNBC points out, is due to "considerable uncertainty" that there will be a "large shift" away from employer-based health insurance coverage.

Though the administration may be hoping that it can claim some measure of success if it meets or exceeds the goal, this is basically an admission that people aren't as into ObamaCare's narrow networks and high-deductibles as its apologists so often claim.

And your point is? So we'll have close to 10 million people ensured. What has been given can't be taken away and so all of the propaganda in the world isn't going to change that.