Hillary Clinton: Costing You Money Since 1993 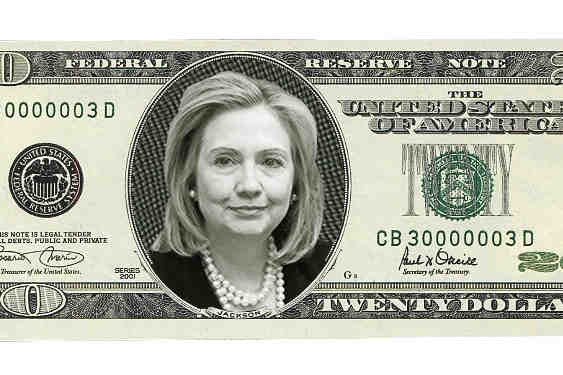 She hasn’t been in the White House for over a decade, and hasn’t been Secretary of State for more than two years, but that doesn’t stop her from continuing to soak the taxpayers.

Bloomberg is reporting that the task of sorting through the 55,000 emails that Hillary Clinton turned over to the State Department could cost taxpayers millions of dollars. Of course, this cost need not have been incurred if the former Secretary of State had simply followed the rules and conducted government business on a government email account, but then again, rules have never really stood in the way of the Clintons doing whatever they want to do.

In her recent press conference, Hillary said she used a private email account (which again, was blatantly against the rules) because doing so was “convenient” for her. But it certainly isn’t convenient for all the staffers who now have to sift through her leavings. And it’s not convenient for the taxpayers who have to pick up the tab.

The time spent going through these boxes of printed emails is time that State Department employees could doubtless use more productively such as, oh I don’t know, keeping the country safe. But I guess that’s a trivial concern compared to accommodating the convenience of Hillary Clinton.

While Clinton has been trying to dismiss this story as if it is no big deal, others disagree - and not just Republicans. In addition to the cost to taxpayers, and the possible national security risk of conducting State Department business from a personal email address, there are seriously transparency concerns that have the press - for once - up in arms against the former First Lady.

The Associated Press has announced that they are suing the State Department in order to gain access to Clinton’s records. This is especially worrying given that Hillary has admitted to deleting 30,000 additional emails, the content of which remains a mystery. The AP complains of multiple Freedom of Information Act requests that have gone unfulfilled, leading inevitably to the question: what is Hillary hiding?