Hillary's War On The "Sharing Economy" 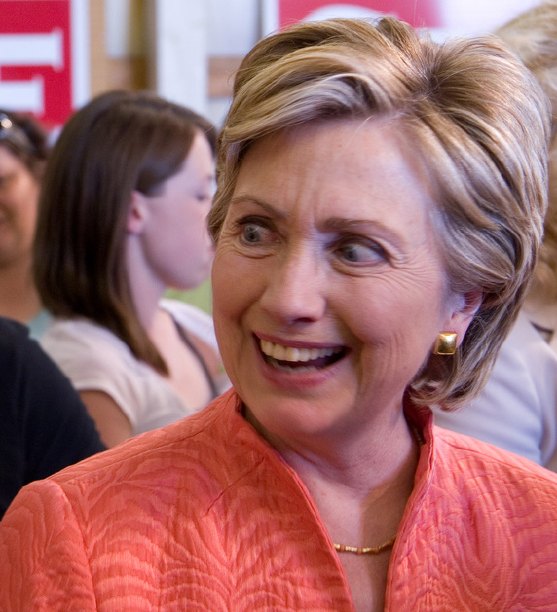 During her recent speech at the New School in Manhattan, Hillary Clinton declared war to be waged between her potential presidential administration and what she labeled the "sharing economy" (or "contractor economy"), which include app based technology services such as Uber, Lyft, and Airbnb, which Clinton has accused of " undercut wages."

An all-out political assault on these services is a strange move for the Democrat; according to Breitbart writer Joel Pollak, this decision in her platform may in fact "surprise millennial consumers, whose loyalty to the Democratic Party has largely been blind, and who have presumed that the party of government shared their love for technology."

Clinton, who believes herself to be a defender of the middle class, doesn't understand the fact that Uber and other app-based services help everyday Americans make their own hours, set their own terms, and in a sense, become their own boss. By attacking these technology-based companies through means of regulation or taxation, it ends up creating a regulatory black shroud over these potential job creating services.

Yet, in a sense, it also wouldn't, and shouldn't, surprise people that Hillary Clinton doesn't understand how these businesses make actual profits and provide great services to consumers. As Forbes contributor John Kartch pointed out in his recent article:

Drivers, hosts, messengers and other sharing economy providers have the freedom to work whenever they want to. Because her transportation is always taken care of, perhaps Clinton has never bothered to talk to an Uber or Lyft driver and therefore doesn’t understand that a flexible schedule is a top draw. Drivers take great pride in being their own boss. Making their own schedule allows drivers to balance family and work obligations. Drivers can take time to see their kid’s Little League game, visit the doctor, get groceries or go to a job interview.

An attack on the "sharing economy" is an attack on the economy, where everyone is a target as a result of regulation and bad practices which only benefit union monopolies and bureaucratic interests. The evidence of progressive policies attacking companies like Uber is evident and in the headlines; Democrat-controlled New York City council recently proposed a bill that would limit the number of Uber drivers that would be allowed to operate in the city, while California recently decided to break Uber's own business model by forcing the company to classify drivers as employees instead of private contractors.

If attacking these services makes Clinton think she is still guaranteed the youth vote, there might be dire straights for her youth support come the DNC primary season.

Vermont Socialist and Democratic candidate for president, Senator Bernie Sanders, remarked in a recent interview with Bloomberg that Uber upsets him since it is highly unregulated, unlike the taxicab industry which holds a market monopoly on commercial ridesharing through its medallion system for controlling who can and can't drive a cab in certain cities. Though the remark was brief, Reason magazine contributor Peter Suderman was able to piece together Sanders' intentions based on his record as a politician.