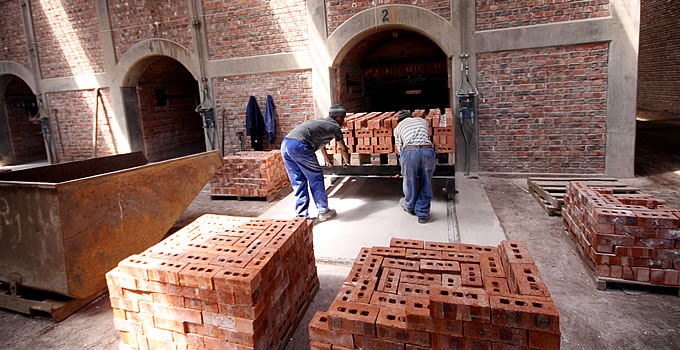 The House took a stand Thursday against an Environmental Protection Agency (EPA) rule that threatens the survival of the small companies that make up the bulk of the American brick industry. The EPA's Brick Maximum Achievable Control Technology (Brick MACT) rule will require brick plants to install costly new emission reduction equipment, after first tearing out the expensive equipment they installed to comply with a previous, less stringent version of the rule. The new equipment will cost about $2.2 million per kiln, yet will eliminate only a negligible amount of mercury emissions per year, far less than is in the teeth of the American population.

The bill passed by the House Thursday, H.R. 4557, the Blocking Regulatory Interference from Closing Kilns (BRICK) Act, would delay enforcement of the onerous new EPA regulation until the courts can resolve legal challenges to the rule. That seems like common sense—don't force Americans to comply with a rule before it's determined to be lawful—yet 163 members of the House (all Democrats) voted against the bill.

House Speaker Paul Ryan (R-WI-1) praised passage of the bill, noting that “The brick industry is the latest target of the Obama administration’s regulatory assault on American manufacturing. The EPA’s burdensome emission standards are another breach of executive power that may well be struck down by the courts, but not before jobs are lost and the industry suffers."

Jobs have already been lost, as the American brick industry was reduced from 209 plants to 131 plants during the last twenty years, due to the costly regulations already imposed on it by the federal bureaucracy. The new rule further threatens the survival of many of the small brick companies that still exist along with the livelihood of their workers. As the president of a small Ohio brick company testified to Congress last week, "Many of our employees have never graduated from high school and would have great difficulty finding similar employment without significant additional training."