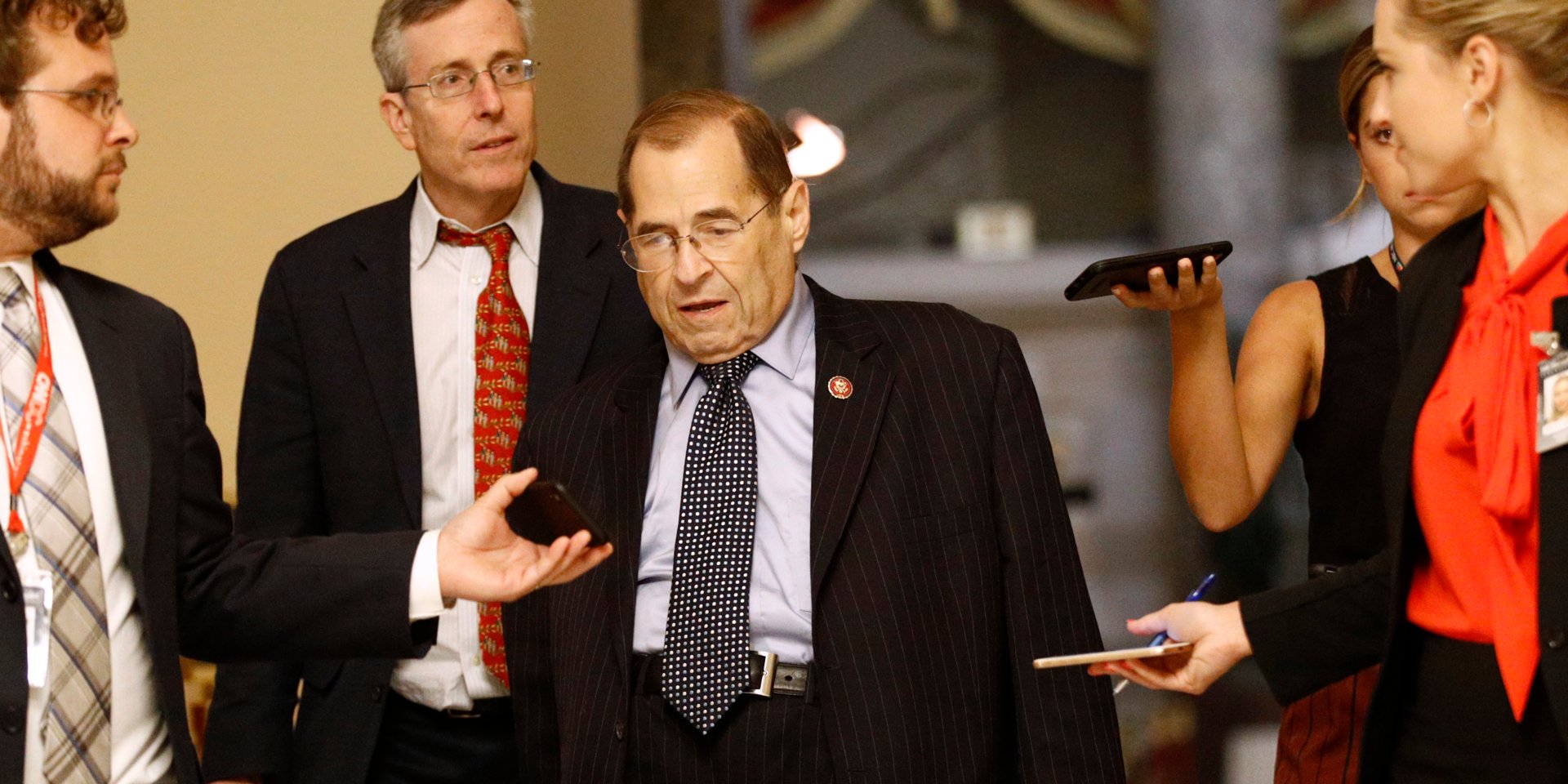 An impeachment resolution is considered privileged. Any member of the House may introduce articles of impeachment and request a vote. That has already happened in the 116th Congress. On July 17, Rep. Al Green (D-Texas) introduced articles of impeachment, H.Res. 498. A motion could have been made to refer H.Res 498 to the Judiciary Committee rather than it be tabled by the House. Such a motion, however, was not made. Instead, the resolution, on the same day, was tabled by a vote of 332 to 95.

Rep. Rashida Tlaib (D-Mich.) has introduced a resolution, H.Res. 257, to authorize an impeachment inquiry. H.Res. 257 is not privileged and has been referred to the House Rules Committee.

In modern history, the House has voted as a whole to direct the Judiciary Committee to launch an inquiry against an official, including a president, who may be impeached under Article II, Section 4 of the Constitution.

In February 1974, the House passed H.Res. 803, which authorized the committee to investigate whether there were grounds to impeach President Richard Nixon. H.Res. 803 established the parameters for the impeachment inquiry, such as subpoenas of information and the examination of witnesses. The resolution also authorized the committee to report articles of impeachment, if it found that President Nixon had, in fact, committed an impeachable offense.

Some may argue that the committee began an impeachment inquiry into President Nixon before H.Res. 803 was passed. This is misleading. The committee was investigating President Nixon, in the midst of multiple impeachment resolutions, operating under its traditional rules. The investigation was further sanctioned under H.Res. 74, which was passed in February 1973, but H.Res. 74, according to the Congressional Research Service, “did not specifically mention impeachment.”

Little has changed in the House in terms of the process for impeachment. A guide to the process is House Practice: A Guide to the Rules, Precedents and Procedures of the House. As this guide explains, “Under the modern practice, an impeachment is normally instituted by the House by the adoption of a resolution calling for a committee investigation of charges against the officer in question.” (p. 614)

Although the Senate is more known for precedent, the House also relies on precedent to conduct business. There are different sources for precedent. One of those sources is Deschler’s Precedents, authored by the first House parliamentarian, Lewis Deschler. In Chapter 14, Section 6, Deschler’s Precedents discusses the impeachment process in great detail, including the precedent for an authorizing resolution for an impeachment proceeding.

It is true, however, that the Constitution does not require a formal authorization and that the House has not always authorized an impeachment inquiry before beginning such an inquiry.

In the 1980s, three judges were impeached for various crimes without an authorizing resolution for an impeachment proceeding. One judge, Harry Claiborne, had already been convicted and imprisoned for tax evasion a full four months before he was impeached by the House in July 1986. In the case of another judge, Alcee Hastings, impeachment was recommended by the U.S. Court of Appeals for the Eleventh Circuit. Hastings, who was impeached in October 1988, would later be elected to the House, where he still serves. The last instance was a judge, Walter Nixon, who was convicted for perjury in 1986. Impeachment proceedings began the same year, after his conviction. The Senate did not remove Nixon until 1989.

These particular examples had other considerations that might have made a formal authorization of an impeachment inquiry an afterthought. In two of these cases, Claiborne and Nixon, the individual in question had already been convicted before impeachment. Hastings, however, was acquitted in the criminal proceeding against him. Again, impeachment in Hastings’ case was recommended by a circuit court, part of a co-equal branch of government, after an investigation.

More recently, an impeachment inquiry was opened against the then-Internal Revenue Service commissioner, John Koskinen, without a formal authorization. The Judiciary Committee held impeachment hearings in May and June 2016 but did not produce formal articles of impeachment. The privileged resolution that was considered from the floor in December 2016 was not the product of the committee.

Still, the path Judiciary Committee Chairman Jerrold Nadler (D-N.Y.) has taken is outside the norm for the House. The various investigations conducted by House committees with oversight and investigative authority have been viewed as a sort of groundwork being laid for impeachment, but this was implied and within the existing framework. Recently, Chairman Nadler, who is facing a credible primary opponent from the far-left, said that the formal impeachment inquiry had already been launched.

The resolution that the committee plans to consider on Thursday will certainly escalate the situation. The draft text establishes the procedures for “the presentation of information in connection with the Committee’s investigation to determine whether to recommend articles of impeachment with respect to President Donald J. Trump.” Essentially, the resolution changes the committee’s rules with respect to this inquiry, but it does not appear to be one that would require adoption by the whole House.

The resolution allows Chairman Nadler to designate committee or subcommittee hearings in which information can be presented that may have some bearing on whether or not to draft articles of impeachment. In keeping with past impeachment proceedings, it allows committee staff to question a witness for one hour, split evenly between Democrats and Republicans.

Unusually, the resolution allows information obtained to be received in executive session. The wording of this particular rule would seem to be intended to essentially prohibit members who are not on the committee from reviewing the information, which violates the rules of the House, specifically Rule XI, Clause 2(e)(2). Now, Chairman Nadler has requested sealed material from the grand jury of the U.S. District Court for the District of Columbia, claiming that the committee is holding a formal impeachment inquiry.

Finally, the resolution would allow President Trump’s counsel to respond in writing to any information or testimony that is submitted or heard in a hearing. Literally, anyone who wishes to submit a written statement to a committee or subcommittee may do so. This is not some fancy formality. During the impeachment inquiry in 1998, President Clinton’s counsel was allowed to participate in the inquiry, such as having the right to call and examine witnesses. Allowing a president's counsel to have this level of participation is the proper way to go, but Chairman Nadler, it seems, wants to deny that.

The resolution that the committee will consider on Thursday does not provide these same procedural protections to President Trump. Chairman Nadler is ultimately attempting to deny any measure of due process to President Trump, as well as flouting House rules. This is a sham impeachment inquiry, and it should be called out as such.