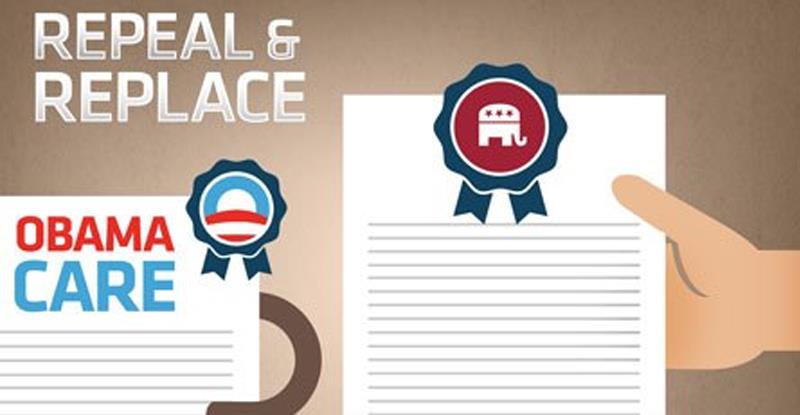 The brief, which can be found here, does not talk much about what parts of ObamaCare will be repealed. It does note that the individual and employer mandates will be zeroed out during the unspecified transition period and all the ObamaCare tax increases will be repealed.

The reconciliation bill that passed during the 114th Congress is supposed to be the baseline for repeal. This bill, which was vetoed in January 2016 by President Barack Obama, repealed most of the law, but it did not go after essential benefits and other regulations promulgated under the law. While it is not absolutely clear that the reconciliation bill in this Congress will mirror the bill from the previous Congress, it is clear that elements of a replacement will come in reconciliation, essentially repealing and replacing ObamaCare, as much can be done, at the same time.

Language that targets the regulations, Senate Republicans have claimed, may not survive a challenge under the “Byrd rule,” which allows senators to object via a point of order to provisions in reconciliation legislation that aren’t germane to the subject or are outside the committees of jurisdiction. There is a case to be made for going after the regulations through reconciliation, as the Obama administration made the legal case that the regulations and the law itself are not severable.

The Republican alternative focuses on tax credits, expansion of health savings accounts (HSAs), Medicaid reform, and state innovation grants to assist those with preexisting conditions. Below is a brief overview of each section of the brief. More details will be available soon, hopefully after the Presidents' Day recess.

Universal Tax Credit: The plan calls for an advanceable universal tax credit for Americans and legal residents who are not offered qualified health coverage, including through their employer, Medicare, or Medicaid. This tax credit will be available for dependents up to age 26 and portable. The credit is based on age, not income, meaning that older Americans will receive larger tax credits than younger ones.

The tax credit can be used to pay for any health insurance plan approved by a state and sold on its individual health insurance market. The tax credit can also be used to pay for coverage between jobs through the Consolidated Omnibus Budget Reconciliation Act (COBRA). If the full tax credits is not used for the purchase of coverage, the remainder can be placed into a health savings account (HSA).

As the Cato Institute’s Michael F. Cannon has explained, a universal tax credit has the same effect as the individual mandate, making this centerpiece of the House Republican plan ObamaCare-lite.

Health Savings Accounts: The plan increases the tax-preferred maximum amount that can be contributed to an HSA to $6,550 for an individual and $13,100 for a family, equal to maximum out of pocket amounts, from $3,400 and $6,750. It allows married couples to make “catch-up” contributions to an HSA. It does will not, however, based on the brief, allow those with an HSA pay for their premiums out of their account. Still, this is a positive reform, undoing the damage that ObamaCare did to HSAs.

Medicaid: There was a rumor that the House Republican plan would keep Medicaid expansion to appease members from states that had taken advantage of this option. These very same members did not have this concern in 2015 and 2016 when they voted to repeal expansion. Now that their vote counts, however, they want to handle this area of the ObamaCare differently.

The match rates under Medicaid expansion will be phased out, but states will be allowed to continue adding new enrollees who would have been eligible under expansion. The funding for these new enrollees, however, will be based on the same formula that as normal enrollees.

Per the brief, this is how the funding will work: “The amount of the federal allotment will be the product of the state’s per capita allotment for major beneficiary categories -- aged, blind and disabled, children, and adults -- multiplied by the number of enrollees in each group. The per capita allotments for each beneficiary group will be determined by each state’s average Medicaid spending in a base year, grown by an inflationary index. Some federal payments, including disproportionate share hospital (DSH) payments, administrative costs, and others, are excluded from the total allotment.”

Funding for Medicaid will be allotted to states on a per capita basis. States will have the option to receive the funding through a block grant or obtain a waiver, giving states the freedom to improve the program for vulnerable populations.

State Innovation Grants: The plan deals with coverage for pre-existing conditions through funding for state innovation grants. The grants will allow states to develop high-risk pools that could be used to lower out of pocket costs, such as copayments and deductibles, and lower the cost of preventative care and the care of higher risk consumers.

On behalf of FreedomWorks’ activist community, I urge you to contact your representative and ask him or her to cosponsor the Pandemic Healthcare Access Act, H.R. 295. Introduced by Rep. Ted Budd (R-N.C.) along with 18 original cosponsors, the Pandemic Healthcare Access Act would allow Americans to enroll in a health savings account (HSA) without a high-deductible health plan. This is a much-needed step toward healthcare freedom that could benefit millions of Americans, regardless of the health insurance plan that they have.

On behalf of FreedomWorks’ activist community, I urge you to contact your representative and senators and ask them to cosponsor the Health Savings Accounts for All Act, H.R. 8032 and S. 4367, introduced by Rep. Andy Biggs (R-Ari.) and Sen. Rand Paul (R-Ky.), the bill would dramatically increase the freedom Americans have over their health care by drastically expanding the usefulness of health savings accounts (HSAs).