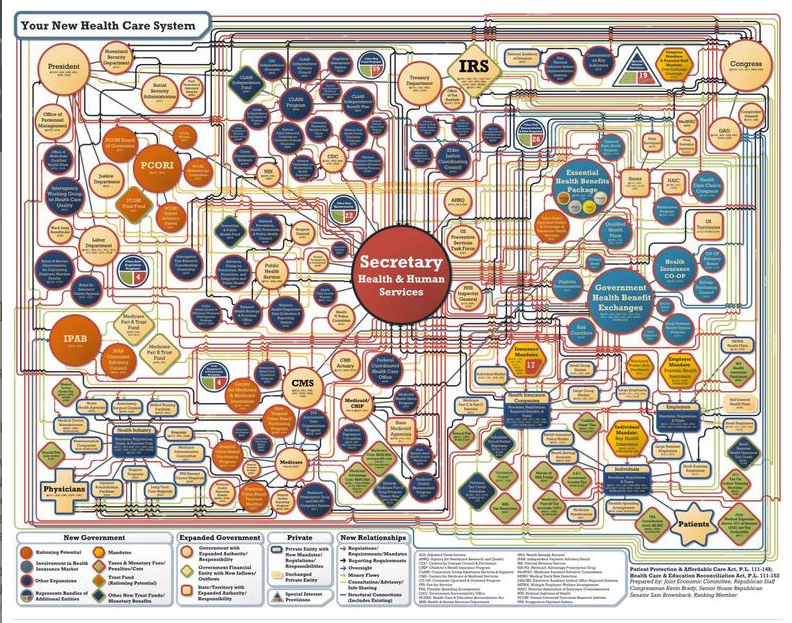 Thanks to a newly minted Republican Senate majority and the budgetary tactic called reconciliation, it appeared that getting a full repeal of at least most of ObamaCare to the president’s desk was inevitable this year. With ObamaCare’s insurance exchanges and co-ops failing around the country, premiums still going up, and people being forced to buy plans they can’t even afford to use, the case for forcing President Obama to defend his unsustainable, malfunctioning law was perhaps the strongest it has ever been.

Instead, it appears that the House is set to commit yet another major blunder, using reconciliation on a timid partial repeal that both fails to address the core functions of the law and may not even be able to get past the Senate.

The reconciliation bill that the House is advancing starts off great stripping away some of the most odious portions ObamaCare – some of the grant programs, the individual and employer mandates, the medical device and “Cadillac” taxes, and the Independent Payment Advisory Board (IPAB). But the bill completely ignores the massive new entitlement spending at the core of the law - the premium subsidies and the Medicaid expansion, which account for trillions of dollars in future spending.

The problem is that the reconciliation process is narrowly designed to pass bills with a primary goal of deficit reduction, yet this bill ignores the biggest deficit-increasing portions of the ObamaCare. In contrast, most of the savings from the bill, as the Cato Institute’s Michael Cannon has noted, are created not by direct cuts in ObamaCare’s massive spending, but by behavioral consequences of repealing the mandates (e.g., less spending in premium subsidies because fewer people will buy insurance from the exchanges without the mandates to compel them).

While the bill will likely pass the House, in the Senate portions of the bill which are not primarily spending-oriented can be stripped out (they would need 60 votes to pass). Thus, ironically the House’s timidity may actually make the majority of their bill impossible to actually pass. If they advanced a bill repealing most or all of ObamaCare, on the other hand, most of the mandates and regulations in the law are directly tied to its direct spending (subsidies). It would be difficult for the Senate parliamentarian to argue that a full repeal doesn’t have a direct effect on the deficit.

Using reconciliation to repeal all of ObamaCare would focus attention back upon the need to replace the faltering health care takeover with free-market, patient-centered reforms. It would also set up the precedent for repealing the law for real, depending upon the occupant of the White House in 2017. But if Congress doesn’t do it right the entire exercise may fail, a result that would be worse strategically than doing nothing.

On behalf of FreedomWorks’ activist community, I urge you to contact your representative and ask him or her to sign the discharge petition for H.Res. 458, led by Rep. Tom Garrett (R-Va.). The resolution would bring H.R. 1436, a 2015-style ObamaCare repeal bill introduced in March by Rep. Jim Jordan (R-Ohio), to the House floor for a vote.