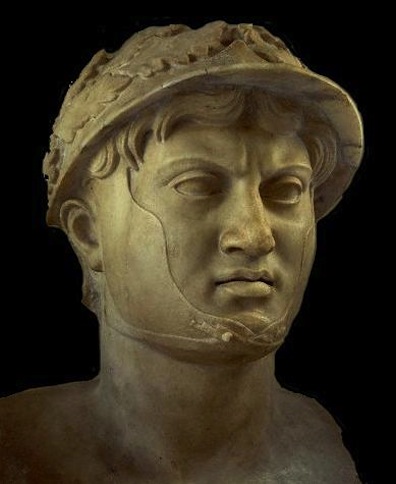 Pyrrhus of Epirus, who famously reflected on the cost of victory.

It’s no secret that the establishment in Washington, D.C. is terrified of the liberty movement now now sweeping the Republican Party. Bilious quotes from figures such as Mitch McConnell, John McCain, and others in the Party leadership reflect the undisguised animosity towards those who want to put actual conservatives in office.

What most people don’t realize, however, is the extraordinary lengths these people are willing to go to ensure a preservation of the status quo. In Mississippi, 41-year incumbent Senator Thad Cochran stooped to race-baiting and running as a de facto Democrat in order to defeat his grassroots-supported challenger, Chris McDaniel, in the Republican Primary.

But even apart from this kind of tactical desperation, there has been an overwhelming financial push from outside spending groups to crush the liberty movement out of existence. It hasn’t work. In fact, it has failed rather spectacularly, but the sheer amounts of cash now pouring into the campaigns of multi-decade incumbents is astonishing.

According to Politico, establishment groups have already spent $23 million in the 2014 cycle - the kind of money usually reserved for presidential elections. Keep in mind, this is not money being used to defeat Democrats and secure a Republican majority in the Senate, as one might expect. Instead, it is being used to defeat other Republicans.

Ironically, this is the same charge the establishment has repeatedly leveled at the tea party. The major difference, though, is that liberty candidates are driven by grassroots support and voter enthusiasm, whereas establishment candidates rely on the Chamber of Commerce, the NRSC, and other special interest lobbies to fund their campaigns. The ostensibly pro-business Chamber alone has spent $7 million this year to defend candidates with a history of voting for cronyist policies and corporate bailouts. The NRSC is nominally supposed to represent Republicans, but they are directing all their resources towards defeating Republicans rather than going after Democrats as they should.

All this doesn’t count what campaigns themselves are actually spending, an amount that totals tens of millions of dollars. Sen. Mitch McConnell alone spent $11 million dollars to fend off his conservative challenger, Matt Bevin, in the Kentucky Senate race.

When it takes this kind of money just to maintain a multi-decade incumbency, it’s clear that the establishment is not winning the war of ideas. To the extent they are winning, they are maintaining their power through sheer brute force.

Instead of trying to promote the ideas of limited government, lower taxes, less spending, and all the other things the Republican Party claims to stand for, establishment candidates are blowing all their cash trying to stop candidates whose values and convictions actually appeal to conservative voters

.At this point, the battle lines are clearly drawn. The establishment no longer maintains any pretense of representing the people. They only represent themselves, and that is why, in the long run, they will lose.

The base of enthusiastic conservative activism is growing all across the country, and it’s not going away. Money is fleeting, but principles never die. Lobbyists can spend all the money they like, but ultimately elections are decided by ideas, and that’s something you can’t buy.

This article has such an important message. The reason the two party system is like a one party system is that they both consider winning the top priority and so they both look for what is politically expedient instead of risking unpopularity which may occur with principled action.

You guys don't get it. Trying to force inappropriately overly-conservative ideology into the US political system isn't going to work, and especially not when its fronted by a fake movement funded by billionaire conservatives. The only Americans who like ultra-conservative ideology are on the outer fringes and not at all representative of the greater whole of the voting populace. The minority do not, will not, and have never spoken for the majority. This latest attempt will fail just as every other period in US history. We are a progressive, forward-thinking country founded by forward-thinking men. If you don't believe that then perhaps read some of the quotes from Jefferson, Lincoln, Washington, Franklin and Adams- all people who would likely be disappointed by the narrow-sited positions today's modern uber-conservatives seem to lean towards.

In the end America wins. Democracy wins. We the people win.