This is not a story about policy or legislation. This is a story about journalism, and the all too cozy relationship between 'reporters' and the public officials they're supposed to hold accountable. It's been two weeks since Democrat State Senator Ginny Burdick of Oregon was to have held a town hall to answer questions on the current legislative session. As reported locally, Senator Burdick lied about "scheduling conflicts" causing her to cancel this town hall, which has yet to be rescheduled. 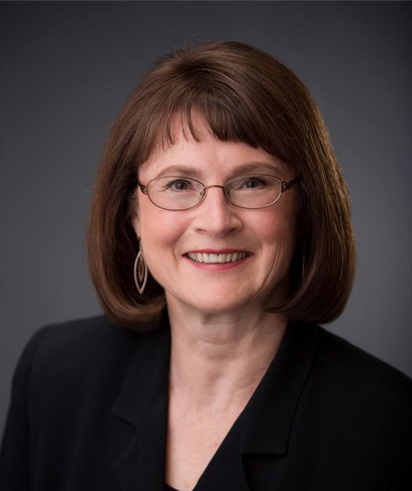 A citizen journalist released a video that showed Burdick returning home at the time that the town hall was to have been conducted and staying in all night, not even answering a knock at the door. The next day, I called Burdick's office to verify her claims of scheduling conflicts, but instead confirmed that she made the whole thing up to avoid her constituents.

Burdick has repeatedly admitted that she fabricated the story to avoid having to face constituents who disagree with her stance on the Second Amendment. Burdick evidently does not fear hard questions from the mainstream media, and is fully comfortable admitting the lie when their cameras show up. It seems obvious that she has no reason to even expect hard questions from her friends in the liberal Portland press.

Meanwhile, a coordinated smear campaign has been waged by blogs, mainstream news outlets and national columnists against the reporter who verified and reported the story. I was famously labeled "the most irrelevant man in Oregon politics" by the progressive blog, Blue Oregon, in a story critical of the original report. Of course, four subsequent stories have been devoted to Mr. Irrelevant by that site - along with a news story in the Oregonian, two columns in the Oregonian (one of which was corrected and then retracted), a hastily assembled editorial board statement in the Oregonian, a report on KATU News that only gave Burdick's side of the story, a report on KOIN Local 6 News that gave both sides, a hit piece in the New York Times by the rabidly anti-gun Joe Nocera, and (after a claim from her chief of staff that she would have no further comment on the matter) an appearance on Al Sharpton's show on MSNBC (the title of which I, along with millions of other nonviewers, am too lazy to look up).

Incidentally, the video of the show appeared on MSNBC.com with a blog post that was a wholesale cut and paste job, under byline of Morgan Whitaker, of the Joe Nocera column in the Times. Well, it was almost a 100% copy job of the original - the only thing they left out were my comments in Joe's original column. I confirmed via email with Mr. Nocera that he "most certainly did not" grant them permission to copy his work.

The coordinated talking points have been that the video was creepy and intimidating, and crossed some sort of unwritten rule. Well, guess who used to be the Director of Opposition Research for the Democratic Party of Oregon, in charge of training political trackers? None other than Jeff Fisher, newly hired as Ginny Burdick's chief of staff. If this is an unwritten rule, it apparently only applies to one party. If Burdick were so offended and creeped out by this practice, why does she employ the guy who trained all the trackers for her own party as her chief of staff? Further, if she were so dedicated to elevated political discourse and respect for the position, why has she herself engaged in a pattern of harassing and intimidating behavior, such as using her public position to try to get a public worker fired for disagreeing with her?

All of this has been clearly coordinated to give Senator Burdick cover in the mainstream media and to deflect from the actual story - she lied to her constituents and made up a story to duck their questions. That's the real story and they're hoping you're not paying attention.

I am so impressed with this valuable Tutorial which is online and free also with this you will http://windowstuts.net/connections know how to add Bluetooth wireless displays for manage audio sounds.

As the Tea Party movement continues to assert itself in American politics, the panic sweat on the Progressive Left is becoming palpable.

Limiting Government Through the Culture War

The speeches at FreePAC in Dallas July 26 will have a lasting impact on the movement for limited government. Each was inspirational and important, but one stands out among the others for the insight that political victories are a result of cultural change. The only way to limit government is with a limiting culture.You can watch the rest of the amazing FreePAC speeches from the links below:

3
07/31/2012
FreePAC: Bloggers and New Media are the Voice of the Freedom Movement
"https:\/\/www.freedomworks.org\/content\/freepac-bloggers-and-new-media-are-voice-freedom-movement?social=facebook_share"
null
https://fw-d7-freedomworks-org.s3.amazonaws.com/styles/thumbnail/s3/te_social_media_share/fw_default_0.jpg?itok=35IWEBMb
Blog

FreePAC: Bloggers and New Media are the Voice of the Freedom Movement

This past weekend as over 16,000 freedom loving activists gathered in Dallas for FreePAC, the main stream media chose once again to largely ignore the Tea Party event and its supporters. Much like 2009, when media outlets ignored over one million activists gathered on the Capitol Mall, coverage of this event was ultimately left to alternative media instead. This is not surprising to many of us who have been active in this movement since its inception. If they don't report it, it didn't happen. I mean the Tea Party is dead, right?

Ever since the Chick-fil-A President Cathy voiced his opinion in favor of the tradional view of marriage, politicians have been stumbling over themselves to threaten to discriminate against the Chick-fil-A company on the basis of the free expression of one of its executives.

Every once in a while, the paper of record here in Oregon comes up with an interesting article that puts the hood up on our state government and gives it a going over. Granted, a regular maintenance plan should include far more frequent tune ups and oil changes, but when they remember to look at that little sticker in the corner of their windshield, they can be very diligent when they finally get in to the mechanic.

On The Necessity Of Independent Citizen Journalists

The harassment of conservative bloggers has been in the news quite a bit lately, and for good reason. The story has been covered at FreedomWorks previously, and in the month since, the situation has gotten worse.

Obamacare SCOTUS Fever Has No Cure

The countdown has begun.The time of year normally reserved for excitement only among baseball fans and out of school students has an added political component that's unusual even for a presidential election year: a nation breathlessly awaiting a Supreme Court decision that could swing that election.

I'm not normally in the habit of rewarding leftist blogs with links or mentions that drive up their traffic, but today I can't resist.Here in Oregon, owing to the large population of liberal voters in our urban centers, one of the most followed blogs is Blue Oregon. Think of Blue Oregon as a sort of ThinkProgress on a state level.

A University should be a place of light, of liberty, and of learning. ~ Benjamin Disraeli A disturbing trend is developing in our institutions of higher learning - a trend that evokes visions of George Orwell or the Soviet Politburo. There have been an alarming number of unexplained terminations of professors who have dared to challenge the orthodoxy of the left. The most recent examples occured at Oregon State University and UCLA within the past few weeks.