How Not to Kill Your Activist Community 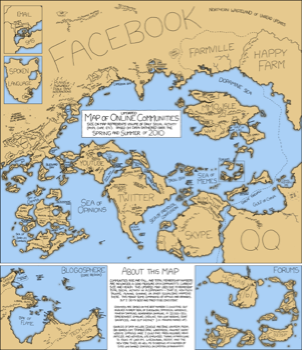 Community is the hot new buzzword in social media. Everybody wants to build a thoroughly awesome community around their idea or product, the better to spread it to other people and accomplish all sorts of wonderful goals. The internet is packed full of advice for starting a community; some of it good (see Gary Vaynerchuk, Guy Kawasaki, Chris Brogan, and Megan Berry) and some of it pretty much useless. You don’t need me to recycle the stuff they said in far more original and far wiser ways than I ever could.

What’s trickier is finding advice on how to keep your community vital and strong longer than a few months. Community-building, like running a marathon, is easy to begin but hard to sustain without determination and know-how. (tweetable) Here are a few tips to help you avoid some of the biggest problems that kill good communities.

1) You are not the Messiah. Your idea is great. Your cause is righteous. You’ve worked hard, as an activist should, to move your vision into reality. You now have a thing instead of a glimmer in your imagination or some notes on a piece of paper. You’ve diligently built a community of people who not only find what you have to say useful, but also sing your praises far and wide. This is the trouble spot, where you can easily forget that your community exists because you were useful, not because you walked across water and fed the five-thousand. The impulse to revel in the celebrity you’ve built -- make no mistake, it is celebrity, insofar as we recognize the word as the ability to build an audience of True Fans -- is strong. Still, an activist has to remember that the cause, the candidate, or whatever thing that got you into the community-building game in the first place is far more important than you. Harsh? Perhaps a little, but true nonetheless.

2) Your community is comprised of individuals.  It isn’t an amorphous blob of supportive tweets, Facebook Likes, and blog posts. It’s made of individuals, each of whom made a conscious decision to listen to you because you gave them something useful. (tweetable) Each of them, on their own, reaffirms that decision regularly because you continue you to give them something useful. Each of them choose to share that useful thing you gave them because they believe it will be useful to another individual. The problem with Messiahs is they stop seeing their community as individual people with individual desires, motivations, and limitations, and begin to view it as a fan base. Unfortunately, social media platforms have reinforced that unfortunate view of the world. Facebook has fans. Twitter has followers. We’re taught, from almost the first second we start a new social media account, that we need huge whopping numbers of fans, followers, whatever in order to really count. Klout, perhaps the biggest social media “ratings” site, seemingly rewards those with huge followings who also gain the attention of others with even bigger groups of followers. Money follows the large audience, not often the smaller but more fervent and enthusiastic audience.

A universe of bad incentives can lead us to think our community isn’t what it really is -- a voluntarily-formed group of individuals who need what only you can give them. As sure as day follows night, though, if you treat your community like faceless drones, it will collapse. (tweetable) Don’t ruin what you worked so hard to build.

3) Together, you are unstoppable. That sounds corny, doesn’t it? It sounds like so much happy-talk claptrap. But it’s true. A motivated community focused on a purpose and fueled with inspiration and useful information, is unstoppable. (tweetable) Now, I didn’t say that community would be an immediate success. We should be suspicious of easy victories, especially in politics. Too often, an easy political victory is a sign of shallow roots that can’t endure the noonday sun. A strong community, one that doesn’t fall prey to hero worship and full of empowered individuals, will overcome even the most daunting resistance. While it may be true that Organizing for America was originally built around their chosen one, Obama, the community transformed into networks all over the country built on a set of principles.  We may not agree with their principles, and I know, we conservatives are supposed to sneer, but OFA has won two big elections and their activists continue to bring their topics to the attention of the American people, even if they aren't top of mind; example: Climate change. Thus far, it has proven itself durable and unstoppable because it fosters a sense of “together” that infuses the entire community. The “For Us” slogan last year worked for OFA because it was inclusive and gave everyone involved a sense of power.

You can do the same thing in your counties, towns, and states. You can build a community around “us” that will not be denied, no matter how long it takes. Remember why you started your community. Remember it’s made of individuals who need something. Remember to work together.

Then go out and win.

(Photo Credit: xkcd. Click on the link for the full-sized version. It's impressive.)

my co-worker's sister makes $89 hourly on the ℂOMputer. She has been out of a job for 9 months but last month her paycheck was $21574 just working on the ℂOMputer for a few hours. check my reference JOBS70.ℂOM