How ObamaCare Destabilized the Insurance Market 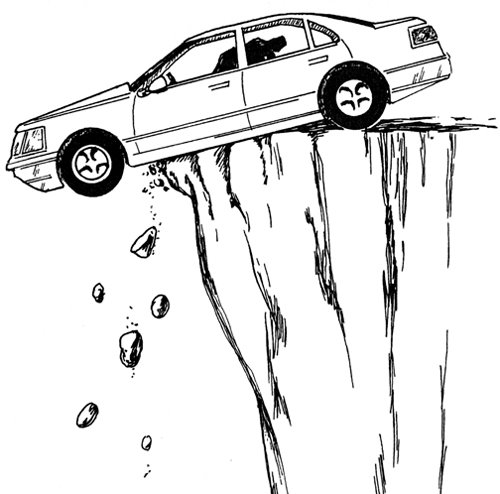 This isn't going to end well.

By now, most people realize that the Affordable Care Act has not done much to help bring down the cost of medical care. In fact, insurance plans keep getting more expensive every year. Because of these failings, the administration has consistently had trouble getting people to sign up on the exchanges. Still, there’s one provision of ObamaCare that has remained popular despite its other failings: the requirement that insurers cover preexisting conditions.

It’s no mystery why people like this; the inability to afford health care because of a previous diagnosis of of high blood pressure or diabetes is a real problem. However, from the standpoint of insurance, the requirement makes no sense, and cannot work in the long term.

Insurance of any kind is essentially a gamble. You’re betting that something bad will eventually happen to you, and the insurance company is betting it won’t. Insurers make money because most of the time, bad things don’t happen, so the money they take in from premiums exceeds the money they pay out when disaster strikes. By mandating the coverage of preexisting conditions, however, the odds that the insurer will have to pay increase to 100 percent. It would be like allowing people to buy fire insurance when their house is already burning. The gamble becomes a certainty, and the model breaks.

The only way insurers can make money in this situation is by charging vastly higher up front costs, which drives away healthier people who no longer think the gamble is worth making. Pretty soon, only the sickest people are willing to pay for insurance, which drives the cost up still further, and the cycle continues.

This may all seem speculative; after all, we can’t really predict how any individual is going to behave. But we do know that people respond to incentives, and the incentives under ObamaCare are to take full advantage of the system. In fact, this is what’s happening. As Politico reports, people are signing up for ObamaCare, running up huge medical bills, and then dropping out again as soon as they no longer need the coverage, secure in the knowledge that they’ll be able to sign up again as soon as they get sick.

This matters because it’s causing insurers to take such heavy losses that they are considering dropping out of ObamaCare altogether, a situation that will accelerate the law’s collapse. A statement from Blue Cross Blue Shield sums up the situation perfectly: "Current rules and procedures allow millions of consumers who enroll through [special enrollment periods] to have an adverse effect on the overall market stability because they can purchase coverage only when they need medical care.”

As the market for health insurance continues to crumble, Congress is going to have to confront the very real need to ditch ObamaCare for good, and start focusing on patient-centered solutions