How the Surveillance State Threatens the ‘Law-Abiding’ Citizen 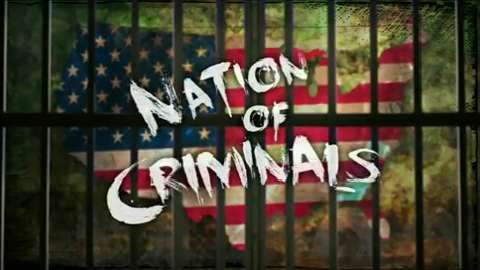 The startling realization that the NSA has been spying on American citizens is often met with the excuse “I have nothing to hide, why should I worry?” and is subsequently ignored.

There are many strong arguments as to why you should care: privacy should be valued for its own sake, large bureaucratic apparatuses have proven to be untrustworthy, and sweeping domestic surveillance invites ‘Big Brother’ into our society. The strongest argument though, is to point out that now or in the future you may indeed have something to hide and not even know it. 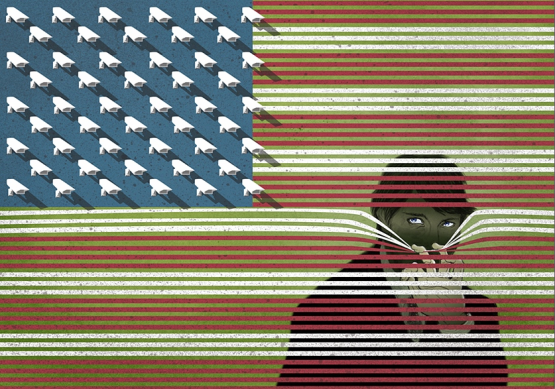 “The more corrupt the state, the more numerous the laws.” –Tacitus, Roman Senator and Historian

Tacitus’ wisdom still holds true today, almost 2000 years later.  The more laws, the more law breakers there are in society. With the stroke of a pen, the amount of criminals in the U.S. can increase or decrease dramatically. For example: under the Patient Protection and Affordable Care Act, better known as ObamaCare, those who refuse to get insurance and refuse to pay the penalty tax  are in violation of the law and are, technically, criminals.

The yearly deluge of new laws is so immense that even industries with massive stables of lawyers and lobbyists have trouble keeping up. The Federal Register (FR) codifies all new rules that the federal government adds each year. This year alone, the FR contains 4,062 new laws in its 79 thousand pages.  224 of the rules are classified as “economically significant”, meaning they will impose a minimum cost $100 million on the economy due to their incredible scope and complexity. 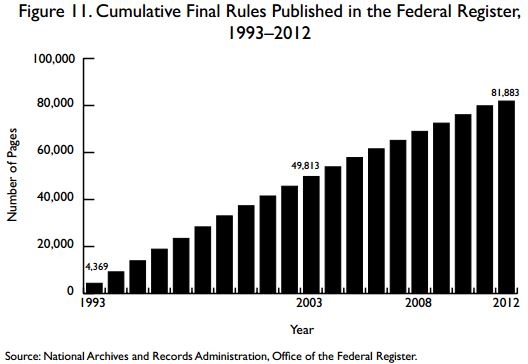 Figure 11, above, is from The Competitive Enterprise Institute’s report, “Ten Thousand Commandments 2013.”

We are all criminals now:

The U.S. is burdened with incredible levels of regulation - levels unprecedented in the world.  It’s often cited that the average American commits 3 felonies every day. The worst part is that intent doesn’t matter – if you break a law that you didn’t know was on the books, too bad, you are still a criminal! That 3 felony estimate may seem a little high, and perhaps it is. But one thing is for sure: each year, every American commits at least one crime worthy of 5 years in prison under current law. And that’s a best case scenario.

Laws, whose penalties are serious enough to substantially derail your life, are being produced by our government at an unparalleled rate. This flood of edicts is literally ensuring America becomes a society of criminals.  The largest threat is that citizens can be held criminally responsible for breaking laws they did not know of and would have obeyed if told. The criminalization of regulatory law goes hand in hand with the government’s willingness to set aside the ‘intent to do wrong’ (called mens rea) requirement when an obscure regulation is unknowingly broken. There are many victims of this over-zealous enforcement of regulatory law.

Victims of government overregulation make the news more frequently than ever.  When a science experiment started producing some smoke, a Florida high-school student got labeled a terrorist. She was expelled and her perfect school record was irreversibly tarnished. When bureaucrats become overzealous in prosecuting, even simple mistakes create criminals. There are many examples of citizens unknowingly breaking laws, you could be next. One of the most egregious examples involves illegal rabbits.

A Missouri family had a hobby of raising rabbits, in part to teach their children how to be responsible. Eventually the hobby turned into a side business where rabbits would be sold to pet stores. Unbeknownst to them, this action got the family’s small hobby classified as “wholesale breeders of pet animals”. Such a classification comes with licensing requirements. The family didn’t know they were breaking the law and didn’t bother getting the license they were unaware they needed.

When the USDA found out that such a horrendous crime was being perpetrated by these criminal masterminds, they acted swiftly! The USDA fined the family under an obscure clause in the 1966 Animal Welfare Act for “Paperwork violations”. The USDA told the family they could settle by paying over $90k in fines or face criminal prosecution.  This is one of countless examples of how everyday citizens have been turned into criminals by the government.

You may be a wonderful person who cares about your family and is kind towards neighbors and strangers alike, but you are a criminal.  If the government has the tools to track your purchases, phone calls and online activities, it could easily nab you on any number of “serious crimes” you unwittingly commit every day. The more laws there are on the books, the easier it becomes for bureaucrats to jail you for disobeying some unknown and obscure rule.  Still think you have nothing to hide?