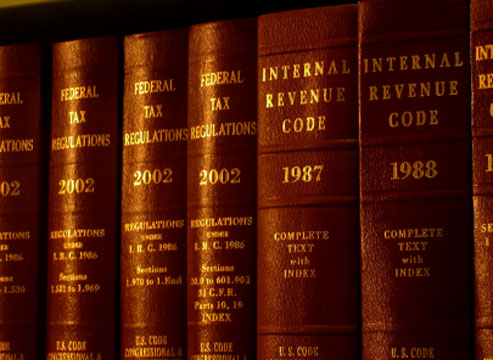 Tax law changes under Obama are based on petty animus, not logic.

Benjamin Franklin said that the only two certainties in life are death and taxes. But why do we have taxes in the first place? What are they for, and why must they be so certain?

It may seem a trivial question, but listening to modern intellectuals and politicians talk about tax rates leads one to wonder whether anyone has bothered to ask it recently. Traditionally, taxes exist for one reason and one reason only: to fund the essential functions of government.

Of course, as taxpayers and advocates of liberty, we have preferences such as fairness, simplicity and a rate that does not extort excessive amounts of our hard earned cash, but government policy makers concerned with paying their own salaries, closing deficits, as well as funding the various programs they keep telling us are necessary, should prefer a rate that yields more revenue to one that yields less.

And in fact, some of the more intellectually honest academics out there do this. A new paper from economists Nezih Guner, Martin Lopez-Daneri, and Gustavo Ventura examines the revenue generating potential of a more progressive tax structure. As Art Laffer demonstrated several decades back, higher tax rates do not always mean higher tax revenues, as the disincentive effects on work overpower the greater percentage of income going to government.

The authors of the paper discovered that, indeed, there is not very much room for increasing revenues by taxing the rich more, and that other economic effects would likely overpower such gains even if they were able to be realized. To quote from the conclusion:

The message from these findings is clear. There is not much available revenue from revenue-maximising shifts in the burden of taxation towards high earners – despite the substantial changes in tax rates across income levels – and that these changes have non-trivial implications for economic aggregates.

This kind of data is always helpful for those of us who oppose higher taxes per se, but don’t expect the findings to have much influence over the folks in Washington. The president has already made it quite clear that he does not regard higher taxes as a means to an ultimate end of funding government, but rather as an end in themselves.

The following exchange comes from a 2008 presidential primary debate, where Barack Obama was confronted by some uncomfortable statistics by moderator Charlie Gibson.

GIBSON: [I]n each instance, when the [capital gains] rate dropped, revenues from the tax increased; the government took in more money. And in the 1980s, when the tax was increased to 28 percent, the revenues went down.

So why raise it at all, especially given the fact that 100 million people in this country own stock and would be affected?

OBAMA: Well, Charlie, what I've said is that I would look at raising the capital gains tax for purposes of fairness.

We saw an article today which showed that the top 50 hedge fund managers made $29 billion last year -- $29 billion for 50 individuals. And part of what has happened is that those who are able to work the stock market and amass huge fortunes on capital gains are paying a lower tax rate than their secretaries. That's not fair.

There you have it. The president, the country’s chief executive, arguably the most powerful man in the world, is willing to sacrifice tax revenues, not for economic growth, not to let people keep more of their own money, not to provide more simplicity and a lower administrative burden, but merely to punish people he personally doesn’t like. That is how tax policy is decided in this country now.