As I posted earlier, coal producers are trying to secure approval to ship Powder River Basin (PRB) coal overseas to Asian markets, while environmental extremists are attempting to make this the Spotted Owl fight of modern times. The environmental movement has established this as their beachhead, and are pulling out all the stops. Their long track record of fear mongering and hysteria masquerading as science gives them the experience and good old fashioned know-how to be able to stop economic progress in its tracks. The coal train fight is turning into the battle royale for environmental zealots to stop the expansion of the energy industry.

The environmental groups opposing this effort have formed a coalition called Power Past Coal, which has been promoting all sorts of supposed effects of coal trains rolling through the Pacific Northwest to our ports. The biggest effect, they claim, will come from coal dust that blows off of open train cars. A typical freight train will likely haul 100-150 coal cars. Environmentalists cite industry estimates that such a train may lose up to 1 ton of coal dust in any one trip. For example, in a white paper for the Sightline Institute, environmental activist Eric de Place says,

Coal dust escapes from the open-top rail cars used for transporting coal and can create safety and congestion problems for rail traffic. In 2005, for example, coal dust that had accumulated in ballast, the layer of crushed rock that supports rail tracks, caused two derailments. Coal dust deposits sometimes even cause spontaneous fires.

The Burlington Northern / Santa Fe Railway (BNSF) has studied the problem and found that as much as a ton of coal can escape from a single loaded coal car, while other reports show that as much as 3 percent of a coal car’s load, which is typically 100 tons or more, can blow away in transit. The US Department of Transportation classifies coal dust as a “pernicious ballast foulant” that can weaken and destabilize rail tracks. It is not clear how much coal dust might escape in the Pacific Northwest, but one watchdog group has verified that coal and coal dust does escape from open rail cars traveling along Puget Sound coastlines.

That last sentence, "... one watchdog group has verified that coal and coal dust does escape from open rail cars traveling along Puget Sound coastlines", refers to a media report from KING 5 News in Seattle. Funny thing is that they don't state how much coal or coal dust has been found along the tracks - a line that has been used to ship coal to British Columbia for many years with no complaints or problems.

That passage from the white paper is instructive for a couple of other reasons. The author cites derailments and the average amount of dust lost from coal cars, but he does not say WHERE these things occur. It turns out that the two derailments in 2005 happened on the short Powder River Basin line, not far from the train's point of origin. It was attributed to coal dust fouling the ballast used as a bed for the rails. Regarding the amount of coal dust lost, what the enviros never tell you is WHERE that dust is lost. It doesn't take much effort to realize that most of the dust will be lost at the point of origin - near the mine where the cars are loaded. The further the train travels away from the loading point, the more the load will settle, meaning that less dust is going to blow away. The environmental extremist way of explaining this is to say, "It is unclear how much coal dust might escape in the Pacific Northwest ..."

Again, we return to the fact that coal trains have been running in the Pacific Northwest for decades with no reported adverse effects. This includes trains through Spokane, across Washington State, up the Puget Sound and on into British Columbia. Additionally, the Boardman Coal Plant that produces electricity for PacifiCorp has had direct deliveries of coal via rail with no complaints in recent memory. Responding to a recent notification of a lawsuit being filed by environmental groups, BNSF had this to say:

"BNSF is committed to preventing coal dust from escaping while in transit," spokeswoman Courtney Wallace said in a statement, calling the action "the threat of a nuisance lawsuit without merit."

Wallace said BNSF has safely hauled coal in Washington for decades, and has not been aware of "a single coal dust complaint lodged with a state agency in the Northwest or with the railroad until the recent interest in coal export terminals."

Reading between the lines, if any complaints have been filed recently, it seems pretty clear that they are nuisance complaints designed to skew public perception of the real scope of the problem. 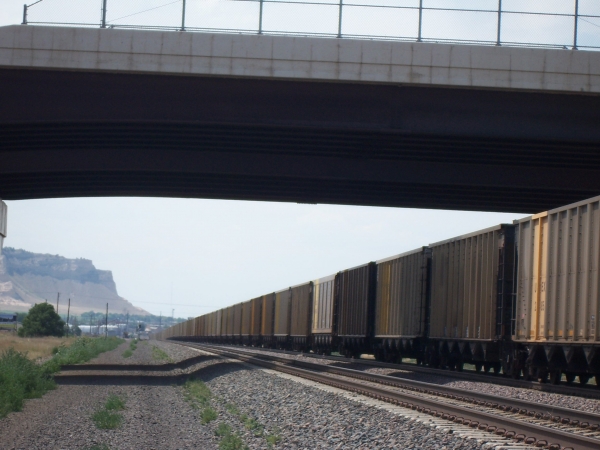 But what's even more insidious is their photographic evidence of coal train dust. The environmental zealots have deliberately taken pictures of the wrongtrains to drive their point home. Gordon Fulks, PhD, is an astrophysicistand noted skeptic of the science used to back up the claims of global warming alarmists. Last summer, he conducted a little photographic experiment. Hisbrother happens to live in Scottsbluff, Nebraska, very close to the main rail line used to ship PRB coal east. His brother 'staked out' the lines during very hot, dusty times in an effort to document the massive amounts of dust he'd heard about from these coal trains. This is what he reports, photos included:

The issue raised by the political Left here in Oregon is no longer the theoretical 'Global Warming' from the burning of this coal but a much more practical concern: black coal dust from the trains polluting local communities.  They have stirred up images of Oregon blighted by coal dust from trains carrying the coal down the Columbia River to export terminals in St. Helens, Oregon and other communities that can accommodate ocean going ships. 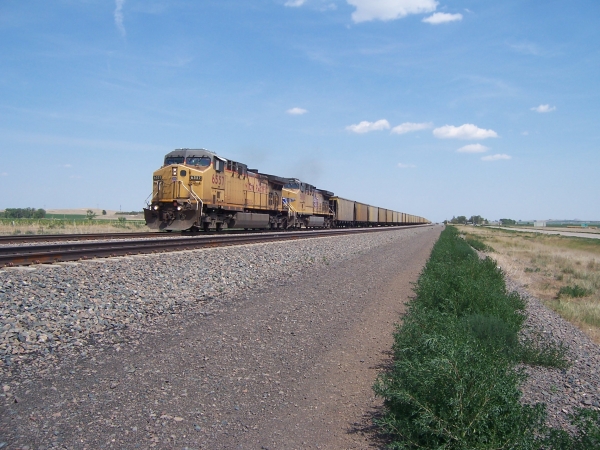 in deliberate misinformation, this one has no validity.  My brother notes that dust is a perpetual problem during the hot, dry, and windy summer months in the Nebraska Panhandle.  But the dust is brown not black and therefore of natural origin.  His photos (shown throughout this blog) indicate that the railroad tracks and overpasses themselves are remarkably clean, despite the passage of thousands of coal cars each week. 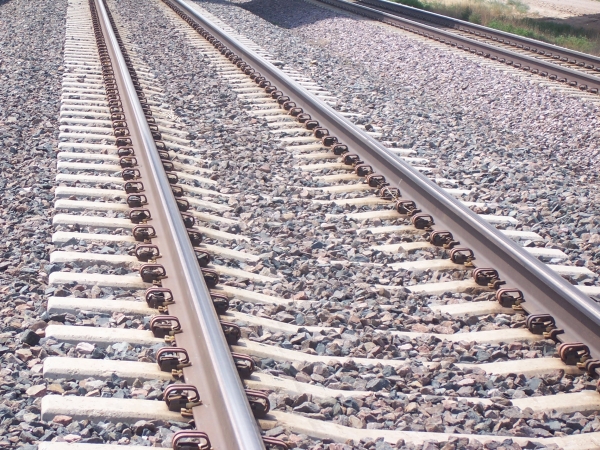 In a subsequent email, Fulks provides a rather startling revelation:

There has been an interesting development in regard to the alleged 'coal dust' visible in some photos of rail cars supplied by propagandists.  A Burlington Northern Santa Fe employee [reports] that the plumes of black dust came from shipments of coke not coal.  Apparently coke is a very dusty material that is shipped in open cars that probably should be covered.  It is apparently NOT what coal companies want to export to Asia through our west coast ports.  In other words, the Sierra Club and its allies may be deliberately showing pictures of rail cars carrying coke instead of coal just to scare people about the dust.  That would be substantial fraud in my opinion.  The vast majority of coal is shipped as coal not as coke.

Of course, coke will not be shipped on these routes, as it is used in industrial 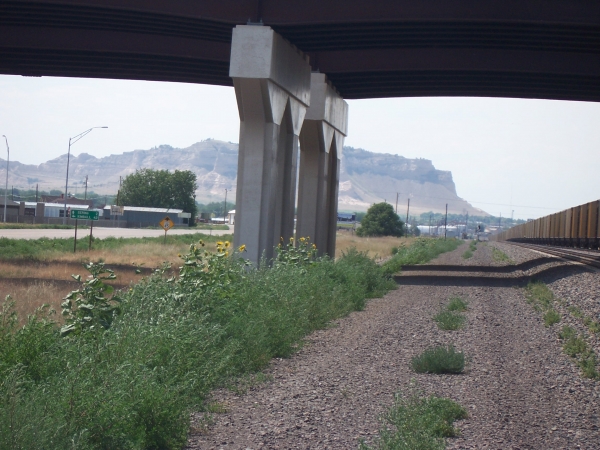 applications - not for electricity generation. But, just like in the Spotted Owl fight of the 90s (where it was proven that logging not only wasn't harming their habitat, they actually flourished in freshly logged areas), facts shouldn't be allowed to get in the way of a good environmental scare.