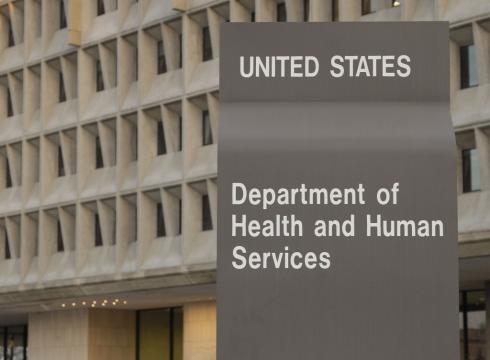 During a town hall event on June 11, 2009 in Green Bay, Wisconsin, President Barack Obama made an unequivocal promise concerning the health insurance reform proposal then working its way through Congress. "If you like your doctor, you'll be able to keep your doctor," he said, "if you like your health care plan, you'll be able to keep your health care plan."

This statement and others like it were endlessly repeated during the course of the debate over ObamaCare and after. Unfortunately, millions of Americans whose policies were canceled learned that President Obama wasn't leveling with them. In fact, he earned PolitiFact's "Lie of the Year" for 2013, though retroactively.

It's could all happen again if the Obama administration has its way.

The Department of Health and Human Services (HHS) is considering a new rule for 2016 that would change the automatic re-enrollment scheme that could put consumers who've purchased health plans on the federal ObamaCare exchange into less costly plans, which may cause them to lose access to the providers they had and liked.

Currently, consumers who don't login to HealthCare.gov to select a new health plans for 2015 are automatically re-enrolled into the same plans, regardless of whether or not they'll see premium increases. The Obama administration and supporters of the law have made a push to encourage consumers to look at their options rather than continuing with the same coverage for this very reason.

In recently released regulatory proposals for 2016, however, the HHS announced that it's considering a new default option that would put consumers into new plans if they don't themselves act. "We are considering alternative options for re-enrollment, under which consumers who take no action might be defaulted into a lower cost plan rather than their current plan," the Centers for Medicare and Medicaid Services stated in a fact sheet concerning the proposed rule. "We are considering allowing states to pursue these sorts of re-enrollment alternatives for coverage in 2016. The [Federally-facilitated Marketplace] is exploring such an approach for coverage in 2017."

The proposed rule does seem to offer some options, or "alternative re-enrollment hierarchies," not mentioned in the fact sheet. Consumers would be offered the choice of keeping their current plan or selecting the alternative for a lower cost plan, which, according to HHS, "could be triggered if the enrollee’s current plan’s premium increased from the prior year, or increased relative to the premium of other similar plans (such as plans of the same metal tier), by more than a threshold amount, such as 5 percent or 10 percent."

Still, though, there's a very real potential for chaos. HHS is going to have to make the consequences of these options -- such as the loss of current coverage and provider network -- very clear to consumers without causing mass confusion.

There's a better alternative, though perhaps one that's too easy for bureaucrats. The administration should just end automatic re-enrollment and require consumers to go through the exchanges each year, which is how employers typically handle open enrollment in their benefits plans. The catch with that approach is that it could whittle down enrollment numbers even lower than the recently revised projections.

Because bureaucrats in the Obama administration are averse anything resembling common sense, a lot of people could be screwed over. But, under ObamaCare, they're getting screwed either way.

Great article - Agree that in Obama's Depression solving our problems is far from a priority. The ruling class has its own interests at the top of its priorities. In their view, it's a 'pretend' democracy, as per Jonathan Gruber's own admissions. They pretend to care, we pretend to believe them: http://www.investingforprosperity.com/jonathan-gruber.html