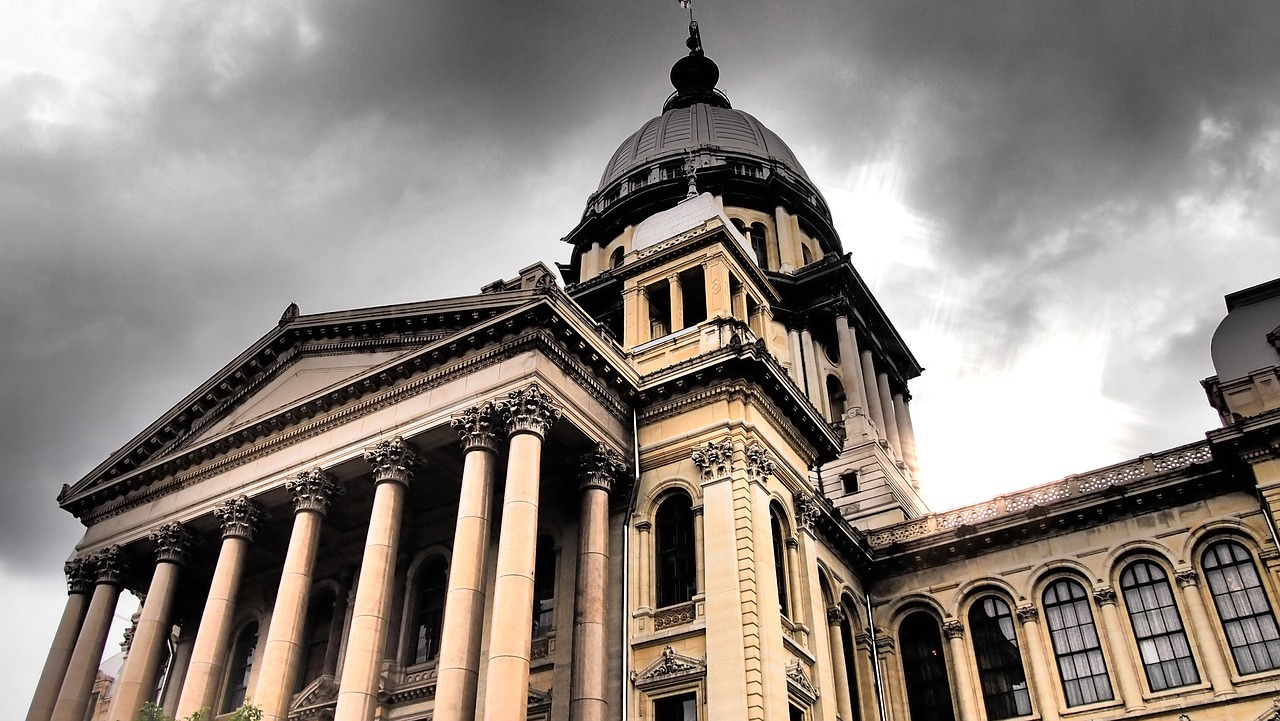 Under this new proposal, there are indications that corporate income taxes would be raised to the second highest rate in the nation, and, even worse, retirement incomes may become taxable. In June 2019, Governor J.B. Pritzker (D) signed SB 687 that would enact a six-bracket income tax system starting January 2021 if voters approve this ballot initiative.

Originally, the measure as introduced in the Illinois legislature had important limitations on the taxing power of the state, including a limitation to a single tax on corporate income and a single tax on individual income, as well as prohibitions on local income taxes. Unfortunately, right before the vote, lawmakers removed these important protections.

As Joe Tabor of the Illinois Policy Institute points out, “Specifically, lawmakers changed the amendment they put before voters and are asking to delete this line from the Illinois Constitution: ‘At any one time there may be no more than one such tax imposed by the State for State purposes on individuals and one such tax so imposed on corporations.’”

Originally called the “Millionaires Tax,” lawmakers also rebranded their effort as the “Fair Tax,” presumptively to hide the fact that their measure could radically impact everyday Americans.

To make matters worse, proponents of the initiative have repeatedly misled voters about the implications of the new law. Information sent to voters by the Democratic state government downplayed the significance of the initiative, promising that it will not result in increased taxes on people earning under $250,000.

On the contrary, the initiative would in fact grant lawmakers new power to “raise and institute new income taxes on a range of taxpayers.” These powers are currently tightly restricted by the state constitution, which is why state Democrats have chosen to take the issue directly to the voters, staging a misinformation campaign to change the rules and get their way.

Potentially hardest hit by the new changes would be the retired population. Unlike many other states, Illinois exempts retirement income from state income taxes, an important factor for many of the 16 percent of Illinoians who are 65 years old or older. The imposition of a “fair tax” -- more accurately termed a progressive tax -- would likely create a new and undue burden on vulnerable retirees.

In a recent lawsuit surrounding informative mailers sent to voters, a group of retired Illinoians and the Illinois Policy Institute “noted state officials, including Illinois Treasurer Michael Frerichs, have publicly stated the new amendment would give state officials the opportunity to discuss taxing retirement income.”

Senior Director of Budget and Tax Research at the nonpartisan Illinois Policy Institute, Adam Schuster, recently pointed out how changes in tax policy like those proposed in Illinois have played out elsewhere:

“Connecticut, the last state to adopt a progressive income tax and start taxing retirement income, has seen its retirement-age population flee the state at twice the rate of prime working-age residents during the past decade. The heavy loss of retirees is likely part of the reason why Connecticut is now reversing course and is in the process of expanding income tax exemptions for retirees.”

He goes on to say that “Illinois should heed this as a warning,” urging retirees to seriously consider the impact of their vote on the future of their state’s income tax.

Politicians like Gov. Pritzker who have championed this ballot initiative through the legislature promise that they will not abuse their newly expanded power. Unfortunately for the citizens of Illinois, such promises are nearly always broken.

As it stands, the state constitution explicitly treats every citizen equally by requiring a simple flat tax for income. Thus, Gov. Prtizker’s initiative to remove those constitutional protections can be interpreted as no less than another thinly veiled attempt to placate the progressive left and “soak the rich.”

In the same way that retirees are likely to leave the state if their tax burdens are increased, creating a new tax bracket for high-income earners will likely drive the wealthy away. The same is true for raising corporate taxes. California is proof of this.

In the attempt to create a progressive tax, the government of Illinois is likely to create another overly complicated tax system that results in higher taxes for everyone, furthering the fiscal disaster that decades of Democrat mismanagement have wreaked on the state.

Maintaining these constitutional protections for a flat tax should be a top priority for all Illinoians that care about the financial security and economic growth of their state. This amendment cannot be allowed to pass.

If there’s one thing Democrats love to talk about, it’s equality. The egalitarian streak runs deep in the party of Hillary Clinton and Bernie Sanders, to the point where a majority of Democratic operatives have cited income inequality as their primary concern in the 2016 elections. But when it comes to the tax code, equal treatment under the law seems to be the furthest thing from the candidates’ minds.