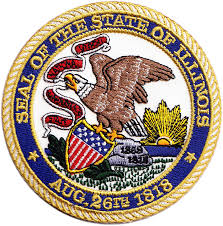 Illinois has some of the worst civil asset forfeiture laws in the country.

Wiese’s grandson, Lukus Baker, had his license revoked in 2014 for driving under the influence. In August of 2015, Baker assured his grandmother that his driver’s license had been reinstated as he drove off in her Jeep Compass. Cue the sirens – Baker is pulled over and then arrested for driving with a suspended license. Police in Rock Island County, Illinois seized the vehicle under a subset of Illinois forfeiture law that allows for forfeitures when the person’s driving privileges have been revoked because of a DUI. Meanwhile, Wiese was unknowing of the crime.

After months of fighting to prove her innocence, Weise’s sole vehicle was returned to her last week for a $150 fee.

Civil asset forfeiture is a legal tool which allows officials to seize property they assert to be related to criminal activity. In fact, it is the property itself charged rather than the owner. This means your property can be seized without you ever committing a crime. For those who cannot afford a lawyer, it is often impossible to see a return of their belongings. Furthermore, the costs of a lawyer can be higher than simply surrendering the property. The practice was originally intended to aid law enforcement in curbing money laundering and drug trafficking, but has led to a governmental perversion of policing for profit.

The Institute for Justice says Illinois has some of the worst civil asset forfeiture laws in the nation. The evidentiary standard to subject property to forfeiture is very low and the property owner carries the burden of proof. What’s more, a perverse profit motive exists, as law enforcement agencies in the state can keep up to 90 percent of the proceeds from cash and property seized, and there are poor protections for innocent third-party property owners. Rock Island County, Illinois, the location of the aforementioned seizure, filed nearly 1,500 forfeiture petitions from 2010 to 2015. The state won 1,200 of those cases, which translated into $2 million cash, 500 cars, and 14 properties.

Due process, equal protection, mens rea… the list goes on when it comes to grounds for demanding protection from civil asset forfeiture. The movement towards reform on this policy has had a slow start, but the first step towards freedom is awareness spread through grassroots efforts. Groups like FreedomWorks, the Institute for Justice, and Fix Forfeiture are leading that fight. Federal laws may take longer to change, but Dick Carpenter, Director of Strategic Research at the Institute for Justice, urges citizens to push for state level reforms first. After FreedomWorks’ activists made nearly 5,000 calls to the governor, New Mexico passed reforms requiring a criminal conviction for civil forfeiture last year. The states of Montana and Michigan did too.

Activists in Illinois should continue pressuring their legislators for an effective transformation as well. Protect your right to life, liberty, and property. Freedom works, but only if you do.