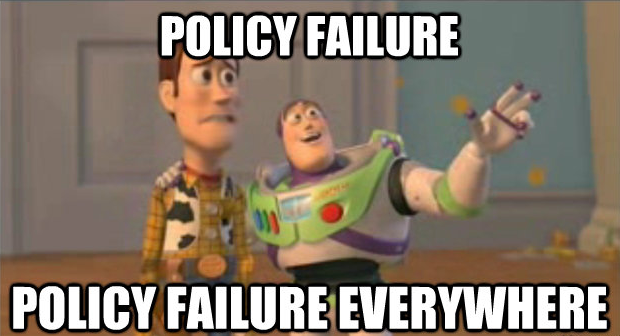 Health insurance companies are signaling huge health insurance premium increases ahead of the 2016 open enrollment period. This is due to the droves of older and sicker consumers who signed up for coverage on the ObamaCare Exchanges, according to a report from The New York Times. Requests submitted by insurance are approved by state regulators, such as state insurance commissioners, but the proposed rates reflect a higher utilization of healthcare than expected.

Rate increases vary by state and health plans offered. Oregon has already announced premium increases between 8 percent and nearly 38 percent for a 40-year-old on a Silver plan purchased through the federal Exchange (the state shuttered its state Exchange after an epically disastrous launch). Most increases for this type of plan in Oregon are in the double digits.

Insurance spokespersons who spoke to the Times explained that the increase requests are due to higher than expected payouts for claims. "At Blue Cross and Blue Shield of Minnesota," the paper explained, "the ratio of claims paid to premium revenues was more than 115 percent, and the company said it lost more than $135 million on its individual insurance business in 2014." Another company, the Utah-based Arches Health Plan, paid out $16.6 million more in claims than it collected in premiums in 2014.

The Obama administration expected 38 percent to 40 percent of enrollees would be between the ages of 18 and 34. People who fall into this crucial age demographic tend not to utilize their coverage as much as older enrollees. But only 28 percent of enrollees in the 2014 and 2015 open enrollment periods were between 18 and 34, according data released by the Department of Health and Human Services.

While the initial rate shock under ObamaCare came from the mandated benefits promulgated by bureaucrats in Washington, taxes and fees, and actuarial benefit requirements, the latest round of premium increases can be partially attributed to unbalanced risk pools. The risk pools have older and sicker enrollees, who utilize their coverage more often than younger and healthier enrollees, than insurers expected.

President Barack Obama's response to the request increases is typical. During a trip to Tennessee last week, he said that public pressure on regulators is the key to keeping down premium increases. "So I think the key for Tennessee is just making sure that the insurance commissioner does their job in not just passively reviewing the rates, but really asking, 'OK, what is it that you are looking for here? Why would you need very high premiums,'" Obama told the crowd. "And my expectation is, is that they'll come in significantly lower than what's being requested."

Increased costs to taxpayers are another problem. Currently, 85 percent of those who purchased coverage through an Exchange receive subsidies. As premiums rise, so will the cost of the subsidies. The budgetary impact is unclear because rates have not been finalized, but taxpayers can expect to pick up a large percentage of the premium increases for plans available on the ObamaCare Exchanges.

Typically, state insurance regulators negotiate with insurers to bring down the requested rate increases. But with ObamaCare's requirement that 80 percent of premiums paid go to the healthcare of the insured, insurers, particularly those that have seen losses due to the higher utilization of care, may not have much of a choice other than to raise premiums to keep their reserves stable. It may not be ideal for consumers, who may have to change plans and risk losing their doctor because of premium increases, but this is the new normal under ObamaCare.