Interest-Rate Caps to 'Protect' U.S. Workers Would Hurt Them 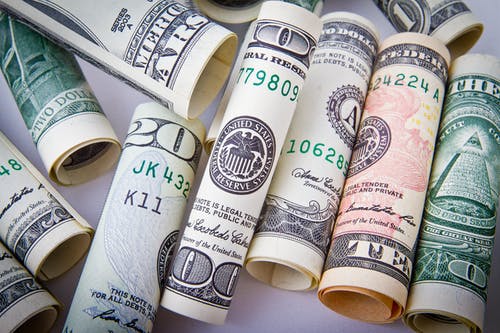 Big government activists are emboldened with Democrats in control of Congress and the White House, as well as many state governments, and they are pushing for restrictions on consumer borrowing through the creation of interest rate caps. These pieces of legislation, similar to a proposal put forth by Senator Bernie Sanders and Rep. Alexandria Ocasio-Cortez in 2019, would place a government-mandated ceiling on interest rates for personal loans -- thereby reducing available credit. Although proponents contend these measures would protect working Americans and minority communities from over-using credit, this claim couldn’t be further from the truth.

Imposing federal and state interest rate caps would be disastrous for millions of Americans struggling to gain access to credit. The Federal Reserve estimates that about one-third of Americans - approximately 76 million adults - are just getting by and don’t have savings for unexpected expenses. Working people use unsecured personal credit to pay for larger expenses like car repairs, appliance purchases, and unexpected bills because many cannot cover a $400 expense. While the wealthy and well-connected would be largely unfazed by these new restrictions, restricting interest rates would curb access to credit for those who need it most, particularly lower-income and minority families, and push them to worse outcomes. The reality is that rate caps hurt the very people legislators think they are helping.

Black and Hispanic households would be hardest hit by governments mandating lower interest rates, due to these groups having a median income under $75,000. The FDIC 2019 Survey of Household Use of Banking and Financial Services found that Black and Hispanic families with incomes below $75,000 were 20 to 30 percent less likely to have access to a bank for personal loans. Interest rate caps would grow this disparity by decreasing credit available to these communities, without impacting the ability of wealthier Americans to obtain such loans.

It’s imperative to remember that interest rate caps don’t lower costs for borrowers -- they restrict who is allowed to borrow in the first place. If a bank decides that a borrower isn’t worth the risk, that potential borrower won’t be able to secure the loan. Legislation to cap interest rates would force lenders to create even more stringent standards for borrower eligibility -- disproportionately harming working Americans whose communities have been historically unbanked or underbanked. This sounds a lot like the old saying banks only lend to people who don’t need it.

When access to unsecured credit is restricted, the demand for it doesn’t go away – and the consequences are often disastrous. Individuals who are unable to take out loans turn to more expensive or harmful choices such as borrowing against their cars or homes if they can or bouncing checks -- which frequently results in the forfeiture of their checking accounts. According to the Federal Reserve, states that enacted interest rate caps on small dollar loans saw an increase in bounced checks, which can disproportionately impact minorities. A recent bankrate.com survey found that Black and Hispanic families pay two to three times as much as White families each month in bank fees including bounced check fees.

Providing loans to higher-risk borrowers is indeed a greater financial risk to lenders than offering a loan to those who have a stable credit history. In fact, the Federal Reserve found that lenders can’t make money lending at 36% interest rates unless the borrowed amount is several thousand dollars. The Federal Reserve Bank of New York also found that individuals with a FICO score below 680 had a four-fold higher likelihood of having their loan applications rejected compared to those with a score above 680. If governments ignore this simple truth and impose caps below market rates, it will result in an even smaller subset of borrowers able to obtain credit, radically increasing the rate of rejection for loans.

We have already seen the repercussions of similar government actions, such as the Military Lending Act. This legislation, establishing a 36% interest rate cap on loans for military members, has been a clear failure. Fifteen years after the MLA was enacted, more than 20% of active military service members said they were worried about paying their debt according to a HarrisX poll -- more than double the 10% the same poll found in 2014. HarrisX also discovered that more than half of military households had been denied loan products and access to credit because of the Military Lending Act.

Legislation capping interest rates would hurt Americans. These restrictions would be the final nail in the coffin for countless potential borrowers who need a loan. High-interest unsecured loans have long been a helping hand for working people who are lacking assets or have an interruption of income -- as they allow these individuals and families to fill gaps in their budget and improve their financial health. If interest rates are artificially driven down, it will greatly hinder the ability of struggling Americans to obtain credit and move forward.

It’s clear that interest rate caps are a misguided policy that does far more harm than good by eliminating needed credit options for consumers. If legislation capping interest rates is put before Congress or state legislatures, Americans must speak out against it.

Noah Wall is the Vice President of Advocacy at FreedomWorks.

The Department of Justice and Department of the Treasury are interfering in a debate over a piece of legislation currently in the California Assembly that would close a loophole in the state's civil asset forfeiture laws. The loophole allows law enforcement to circumvent protections in the state's forfeiture laws by pursuing forfeitures in federal courts, which creates a serious problem for innocent property owners.

It's a historic day for private property rights in New Mexico, but more work is ahead to restore the Fifth Amendment

As the second hand ticked closer to noon, the statutory deadline to take action on measures passed by the New Mexico Legislature, Gov. Susana Martinez signed a comprehensive bill to protect the property of innocent individuals by ending civil asset forfeiture in the Land of Enchantment.

A few hours ago, Governor Susana Martinez of New Mexico signed groundbreaking legislation to strengthen the protection of individual rights in her state. The bill, H.B. 560, requires a criminal conviction in order for law enforcement to be able to use civil asset forfeiture to seize private property.

It has been nearly two weeks since the New Mexico Legislature unanimously passed a strong, bipartisan bill to protect private property from overzealous law enforcement by banning civil asset forfeiture, and Gov. Susana Martinez has not given any indication as to whether she'll sign the legislation into law.