The Internet: 5 People to Decide Its Future! 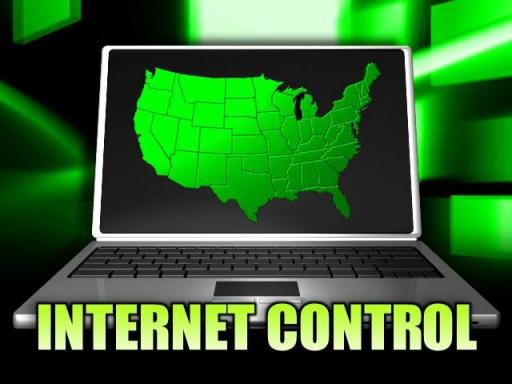 The Internet: 5 People to Decide It's Future!

Our Constitution delegates to Congress the power to make the laws. Our President has the power to veto a law passed by the Senate and the House. Once a law is enacted, it is the duty of the President and his administration to faithfully implement the law. For years, the big debate has been over what laws should govern the Internet. What laws would control companies like Google, Verizon, Facebook, Comcast as well as individual users...if any?

Appointed by President Obama, Tom Wheeler is the chair of the Federal Communications Commission, and is one of the five, FCC voting members. In November, Mr. Obama publicly prodded the FCC to declare the Internet a public utility and to impose regulations. In accord with the President’s request, Mr. Wheeler reversed his previous decision to not regulate the Internet. Presently, Wheeler and two other members of the FCC intend to make rules impacting every American.

“.. almost all websites and apps would be subject to regulation,”

Absolutely un-American! Violating the legislative process of the Constitution, the proposed FCC rules will be voted on before they are fully revealed to the American people, which is typical for this administration. Mr. Wheeler arrogantly told The Verge, "You'll notice that I have not addressed any of the specifics." Wheeler continued to temper his remarks by saying, "You have to wait until February to see the specifics."

The FCC is leaking some of provisions, however. According to the Washington Post, these are some of the gigantic power grabs of the FCC:

• Broadband providers would be explicitly banned from blocking content or creating fast lanes for Web services that can pay for preferential treatment into American homes.

• The rules would also make speeding up or slowing down Web traffic — a tactic known as prioritization — illegal. And it would ban the blocking of Web traffic outright.

• The draft rules seek to impose a modified version of Title II, which was originally written to regulate telephone companies. It will waive a number of provisions, including parts of the law that empower the FCC to set retail prices — something Internet providers fear above all.

• … the draft rules will also keep other parts of Title II that allow the FCC to enforce consumer privacy rules, extract funds from Internet providers to help subsidize services for rural Americans, educators and the poor.

• … make sure services such as Google Fiber can build new broadband pipes more easily, according to people familiar with the plan.

• Internet providers won't be asked to contribute to the subsidy fund, known as Universal Service, right away. The draft rules merely open the door to that obligation down the road should the FCC determine that step is necessary.

These enormous and complicated decisions are for Congress - not three political appointees. Americans must be made aware of the issues and the potential consequences of three people's decisions. It is crucial we have an open debate, which allows our citizens to communicate with their Senators and Members of Congress. Three, politically selected members of the FCC should never replace the due process of the Constitution.

Less than a year ago, Wheeler claimed the FCC did not have the authority from Congress to make these decisions. Then, President Obama asked him to change his mind. Thus, on February 26, without revealing the proposed rules, five members will say yay or nay to very important, complex and competing issues concerning the Internet. If a majority vote in favor of the proposed rules happens, years of court battles will follow as will uncertainty – ala ObamaCare. This would be a terrible violation of our constitutional delegation of powers and the Rule of Law.

It is very interesting free online checkers games,so this is right time hurry up and play this game,such a awesome and cool game https://onlinecheckers.net many players confused in this game,so i told you just click here or read more about for this game.

Who Rules the Internet? FCC Bureaucrats

Net Neutrality Wrapup: What Does the FCC's Decision Mean?

Today, the Federal Communications Commission voted 3-2 in favor of a controversial proposal to regulate the internet as a public utility, similar to telephone calls. The vote came as expected, down party lines with the three Democrats supporting and the two Republicans opposed. The decision is no surprise, but it leaves us with two questions that need to be answered: What does this mean, and where do we go from here?

The Battle for Internet Freedom Is Not Over

On February 26th, the Federal Communications Commission (FCC), acting under the direction of President Obama, will vote on a 300-plus-page rule regulate the internet in much the same way it currently regulates utilities. The FCC’s new powers will be broad, and mark an end to the decades of unregulated internet service that has proven to be the greatest source of economic growth and innovation the world has ever seen. That the Commission will vote to pass the rule is all but a certainty.