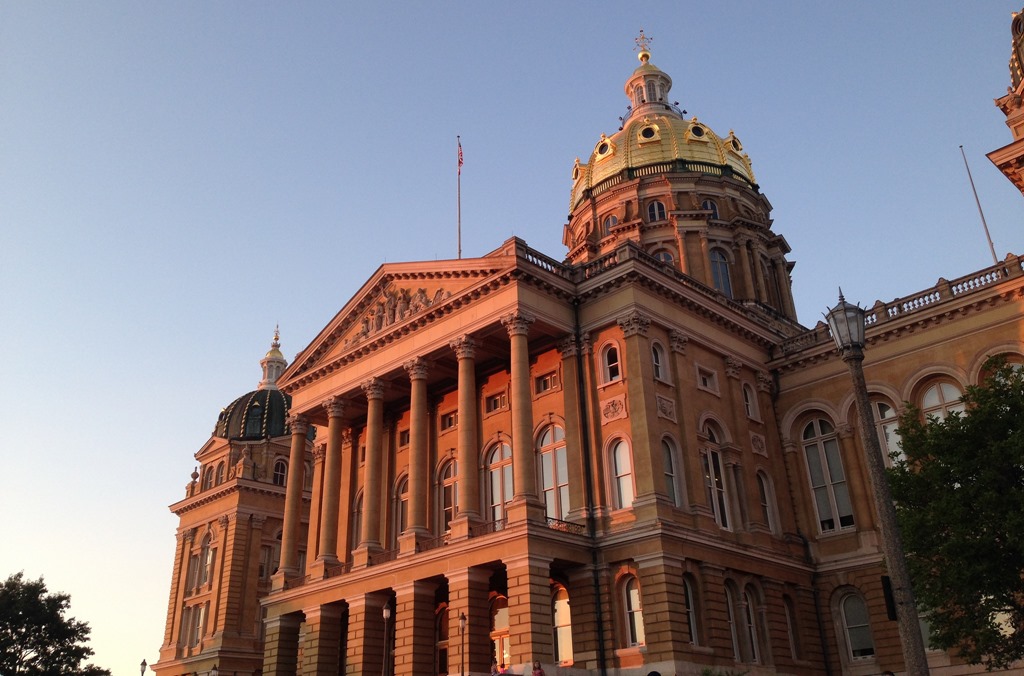 William Davis and John Newmer­zhycky were traveling through Iowa in April 2013 on their way to Las Vegas from a World Series of Poker event in Illinois when they were pulled over by Iowa State Patrol in a drug interdiction stop. The state patrolman who pulled them over falsely claimed that Newmer­zhycky, who was driving, failed to turn on his turn signal when changing lanes.

It appeared to be a routine traffic stop, but the state patrolman told Newmer­zhycky that he appeared nervous and asked if he had "something illegal in the car." The two poker pros possessed just over $100,000 in cash, their bankroll for poker events. The patrolmen, believing Davis and Newmerzhycky were involved in drug trafficking, found the cash during an illegal search and subsequently seized it under Iowa's civil asset forfeiture laws.

Davis and Newmerzhycky, who eventually got back $90,000 of the cash as part of a settlement, are just one example of a much larger problem in Iowa, where law enforcement routinely targets vehicles with out-of-state plates. Property believed to be connected to a crime can be seized and forfeited based on a very low standard of proof. Many innocent drivers are negatively impacted because state law lacks adequate protections. Their property is guilty until proven innocent, and due process is ostensibly denied.

A perverse profit motive exists, as law enforcement in the state, which has seized $43 million since 2009, can keep 100 percent of the proceeds. These proceeds are generally used to fund operations, but funds have been used to purchased scented candles, mulch, and tropical fish.

In December, Grassley cited "aggressive seizures of cash and property from drivers," in addition to the Internal Revenue Service's abuses, to set the stage for much needed federal civil asset forfeiture reform. He held a hearing last week on the subject, offering a glimpse at what his reform bill may look like.

"The idea that the government can seize and forfeit personal property, cars, cash and bank accounts, under the guise of law enforcement, with a lower burden of proof and very little procedural protections for individuals and small business owners, seems unheard of in a nation founded upon limited government, due process and fundamental civil liberties," Grassley told the Iowa Statesman. "Legislation is needed to rein in abuses and prevent government overreach."

State lawmakers are also are looking at ways to reform Iowa's civil asset forfeiture laws, which the Des Moines Register dubbed a "system of legal thievery." Though it looks like reform legislation will not be introduced until next year, Iowa's civil asset forfeiture laws are under review. On April 15, the state House Government Oversight Committee heard testimony from law enforcement, who prefer to maintain the status quo, and advocates of reform.

It appears that one of the reforms that the politically divided Iowa General Assembly may consider is, according to the Mason City Globe Gazette, "restricting the use of seizures of personal property and money in criminal cases, including those where charges are dropped or a defendant is found not guilty." That may provide some protection for innocent property owners, but more significant reforms are needed in Iowa.

If Iowa lawmakers are serious about civil asset forfeiture reform, they would, at the very least, change the law to require a criminal conviction before property believed to be used in a crime can be seized. They should also eliminate the profit motive by directing proceeds from forfeitures into the state's general fund.

They could go further, but these two basic principles represent meaningful policy changes that would protect innocent people from abuse of civil asset forfeiture.