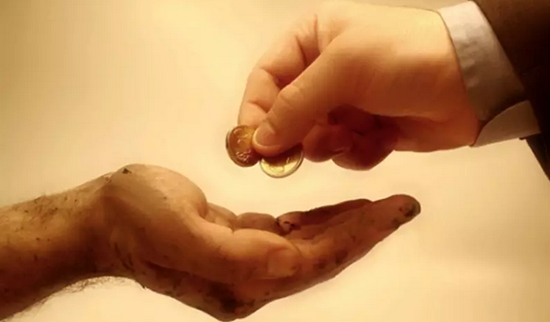 "Can you spare any change? Oh, and also your Social Security number?"

Don’t you love donating to causes you believe in? Don’t you love that warm fuzzy feeling from knowing that contributing to a worthy cause? And don’t you especially love that you can support whatever organization you choose anonymously? That last one is especially important given the news over the last few years that the IRS has been targeting conservatives with audits and denial of tax-free status for nakedly political reasons.

Well, if the IRS has their way, this may be a luxury that will soon go the way of the dinosaur. A new rule is proposing that non-profit organizations collect the “tax identification numbers” of all their donors who give over $250. For you and me, that means our Social Security numbers.

This is part of the IRS’a continued efforts to reduce the reach and effectiveness of non-profit organizations. Many of you will remember the proposed regulations from last year that would have narrowly defined “social welfare” to shut down conservative organizations critical of the IRS. Through a massive grassroots activism campaign, FreedomWorks, along with other organizations, was able to stop the regulation by driving a record number of comments - over 150,000 - to defeat the rule. This new regulation is a resurrection of the same idea - identify and deter voters to causes the government doesn’t approve of.

In addition to the compliance cost of organizations having to keep track of all these numbers, the potential for civil liberties violations is huge. The Constitution guarantees us the freedom of association, but that freedom is compromised when the we know the government is watching us, especially when the watching is being done by an organization capable of inflicting punishment in the form of fines, audits, asset forfeiture, and general harassment.

The IRS has repeatedly demonstrated that it is not interested in protecting Americans’ freedom of speech, but that it would rather wield its power in a partisan, political way to punish its enemies and reward its friends. It is crucial that we stop any attempt at expanding the agency’s power to quash the free expression of the American people.

The comment period is open until December 16. Make sure you take the time to comment and let the IRS know that they have no right to demand your Social Security number for charitable contributions.