It's budget time again! Here's what to expect next week. 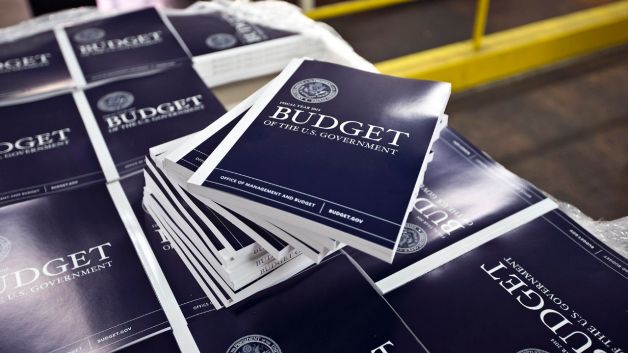 Credit where credit is due - the Republican-controlled House and Senate are going through a full and open budget process, and they're even on schedule to pass a budget resolution before the April 15th legal deadline. In the event that they succeed in passing a unified budget through both chambers, it would be the first time Congress has done so since 2009 (the Ryan/Murray budget deal of 2013 was hardly a product of regular order). Here's what to expect over the next week.

Next week, the House will vote on a number of alternate proposals that would fully replace the current House proposal if passed. These will likely include the Republican Study Committee's somewhat more ambitious conservative budget, the Progressive Caucus budget, and the president's proposal as well.

Next Thursday, the Senate will conduct a marathon of votes on amendments to their own budget, in a process often referred to as the "Vote-a-Rama". This extremely open process gives senators their best chance all year to put their colleagues on the record on a wide range of issues. We'll keep you up to date on the best and worst amendments as they are scheduled for votes, and we will likely score a number of them on our online Congressional scorecard for 2015.

Most importantly, the budgets are visionary documents - a chance for the Congress to lay out a broad vision of what the government should ideally look like over the next decade. As such, it is incumbent upon Republicans to use their budget this year to lay out a clear plan to limit the size of government. In contrast, President Obama released his budget proposal in February - a ridiculous document that literally never balances the budget, much less reforms the structural deficits that threaten to bankrupt the nation. FreedomWorks will soon release our annual budget report card to grade the various plans.

Perhaps the most important part of the budget in both the House and Senate will be the reconciliation instructions - guidelines that allow Congress to pass spending and tax bills with a simple majority in both chambers. Because reconciliation bypasses any filibuster in the Senate, it provides a crucial opportunity for Congress to actually pass a repeal of most of ObamaCare and send it to President Obama's desk.

Read More about How Congress Can Use Reconciliation to Repeal ObamaCare!
Tags reconciliation
Log in or register to post comments.
Related Posts
""
"https:\/\/www.freedomworks.org\/content\/even-taste-victory-still-his-mouth-mcconnell-may-fold-0?social=facebook_share"
""
https://fw-d7-freedomworks-org.s3.amazonaws.com/styles/thumbnail/s3/te_social_media_share/fw_default_0.jpg?itok=35IWEBMb
Press Release

ObamaCare Repeal to Finally Land on the President’s Desk