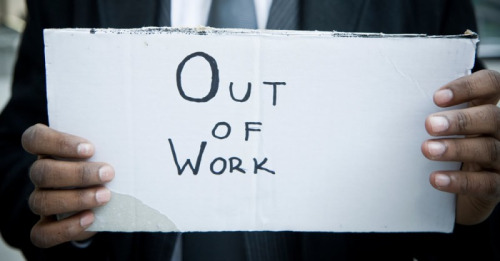 The labor force participation rate is at a 40 year low.

Last Friday’s report, by contrast, offered no good news. In fact, there was nothing even spinnable into kinda-sorta good news. The economy is stagnant, and the numbers reflect that. The official unemployment rate, which represents Americans looking for jobs but unable to find them, remained unchanged, which may not seem like bad news on the surface, but when placed in context it becomes clear how troubling this actually is.

The really important number we need to look at is the labor force participation rate. This determines how many people are considered “workers.” When people drop out of the labor force,they are no longer considered unemployed, even though they don’t have jobs. This means that we can see a situation where the official unemployment rate is dropping, but the actual number of jobless Americans is rising, since they are merely giving up on trying to find a job. With an unchanged unemployment rate, but dropping labor force participation, joblessness is worsening in the U.S. After seven years of stimulus and quantitative easing, the labor market is still down in the dumps. It’s time to admit that Obamanomics isn’t working and start implementing some pro-growth reforms to get people working again. ObamaCare, the minimum wage, regulations on small business, licensing requirements, and high taxes are all conspiring to prevent people from working.Removing some or all of these barriers to the labor market would jumpstart the economy and get people back into the labor force.

Only by producing more can we create more wealth, and with the highest proportion of Americans in forty years sitting on the sidelines, the economy will continue to stagnate.

Recently, Larry Kudlow, news anchor and economic commentator, reminded us that in the 1960’s, then-President John F. Kennedy reduced taxes and our economy flourished. According to Kudlow, the economy increased by “roughly 5 percent yearly for nearly eight years.”