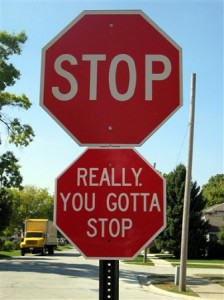 Government must stop meddling with the price system. It doesn't work.

The latest example of this comes from the world of prescription medicine, with increasing support for the imposition of price controls on the market. While the Obama administration is good at spotting problems - such as the high cost of drugs - they habitually misdiagnose the cause of these problems, and as any good physician will tell you, a misdiagnosis invariably leads to a treatment that is, at best, ineffective and at worst, deadly.

Drug prices are high because of government-erected regulatory barriers. The process for getting a drug approved for sale on the market is absurdly long and costly, and this cost is reflected in consumer prices. Reforming this process would reduce prices swiftly and dramatically, but instead of taking this sensible approach, Hillary Clinton, Bernie Sanders, and the Obama Administration itself would rather go with the tried and failed method of price controls.

All too often in economics, abstract theory finds itself in conflict with empirical data, a problem that is largely due to the impossibility of controlled testing in the social sciences. In the case of price ceilings, however, there can be no disagreement. What theory predicts and what we have actually seen when controls have been tried are exactly the same - crippling shortages.

In the 1970s, the government tried to address high gasoline prices by imposing a price ceiling, as well as temporary freezes on all prices and wages. The result was catastrophic, with rationing causing long lines at gas stations, and artificially created shortages in other sectors of the economy. With no ability to raise prices in response to increasing demand or decreasing supply, producers lose the incentive to produce, and the result is that consumers cannot get the goods they count on. This is especially disastrous in the market for prescription drugs, where availability of medicine is literally a matter of life and death.

An even more dramatic example comes from the Soviet Union, where central planners set prices with no ability to accurately know and understand market conditions. The resulting inefficiency caused both shortages and surpluses depending on in which direction the planners had miscalculated.

Anyone who expects producers to continue to operate despite taking a loss is fooling themselves. That’s simply not how business works. Take away the incentive to produce, and presto-chango! Production stops. The only way to ensure that production and consumption are kept in balance is through a freely floating price system, a system which ceases to function the minute government controls are introduced.

Trying to set the prices of prescription medicine by decree is madness that will see a drying up of supply and will require patients to wait in long queues in order to get the treatment they need. Instead, politicians should be focused on efforts to loosen FDA regulations and implement “right to try” laws to free up the market and encourage innovation.